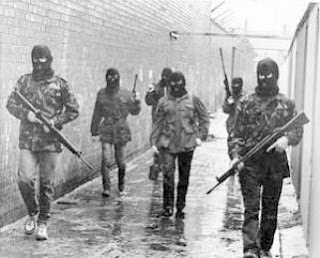 Terrorism in Nigeria is going out of hand. Nigerians are generally religious inclined, hence the multiplicity of religious groups in the country, which in itself testifies to the sociopolitical and economic diversity of the Nigerian society.

This is the crux of the matter. Let’s face it Nigeria’s problem owes much to the antics of religious zealots. That a country endowed with vast natural and human resources is unable to find its bearing and occupy its rightful place in the comity of nations is not without reason.

Nigeria has failed to deliver a standard of life corresponding to its resource endowment owing to gross mismanagement of the commonwealth by corrupt and inept ruling elite that concerns itself chiefly with plundering the resources while the common people look on feebly, unable to muster the courage to call the political leaders to account for their stewardship in office. The result is the growing the wryness of life in the country with its attendant youth restiveness, high violent crime rate, child trafficking and prostitution to which has been added Muslim fundamentalists insurgence. Shall man abdicate his responsibility for the reason that God answers prayers? The level of passiveness here is puzzling.

There is the need for Nigerians to be pragmatic and adopt a practical approach to national issues and shake off the feeling of helplessness that compels them to seek divine intervention at times of difficulty. The US civil rights leader, Dr Martin Luther King, Jr. [1929-1968] at a point got so disenchanted with this inclination that he lamented “God who gave us a mind for thinking and bodies for working would defeat his purpose if he permitted us to obtain through prayer what may come through work and intelligence”.

Discomfited and dejected with the appalling state of things at home the alternative for many Nigerians is to take the escape route, by seeking a solution outside the shores of the country. The search for medical care abroad has lately been added the dimension of going in quest of the Golden Fleece overseas.

At the moment Nigerians go in droves to neighbouring West African countries, South Africa, Europe and America and different parts of the world in educational pursuit, a demonstration of a vote of no confidence on the educational system at home. In the meantime Nigerians scamper to even the most obscure part of the earth in search of jobs.

With the former governor of Delta State, Chief James Onanefe Ibori getting convicted of corruption charges in far away London mid April 2012 after the battle he had with the Economic and Financial Crimes Commission [EFCC] but with all the efforts of the latter ending in fiasco as the high court in Asaba cleared him of all 170 charges proffered against him, this writer can bet that a good number of Nigerians now look up to foreign powers to convict our corrupt politicians of crime against this country being that the Nigerian judiciary has consistently affirmed the saying attributed to the Greek philosopher, Anacharsis [AD 46-120]  that “laws are like the  cobwebs, strong enough to detain the weak but too weak to hold the strong”. These days the anti-corruption agency doesn’t only have its cases dismissed but gets hard knocks from the presiding judges for arraigning an innocent man in the first instance. The axiom that the court is the last hope of the commonman doesn’t seem to hold true in Nigeria anymore.

Most of the leaders of the major political parties parading themselves as great democrats have been discovered to be pretenders to the credentials when the chips are down.

The lack of internal democracy in the leading political parties in the country has been identified as a major cause of frequent tension in the polity, tension that stems from an authoritarian disposition of party leaders who supplant eligible candidates with their stooges, an anomaly that they couch in sensational terms as consensus, agreement or compromise. But the victims of highhandedness do not find these terms amusing.

The level of impunity and narrow-mindedness are bound to have their repercussion on the society with terrible consequences. There is no place where one sows bitter leaf and will expect to reap sugarcane [apology to reggae crooner, Majek Fashek].

Given the state of affairs of poverty in the midst of plenty, lawlessness, injustice, impunity and more than these the level of intolerance with the constrictiveness it imposes on the society it was obvious that it would only be a matter of time before the resultant tension exploded into the conflagration that is at the moment ravaging the northern part of Nigeria.

The very fact that ideas as freedom and human rights are being pooh-poohed by bigots and conservative elements who regard them as concepts suited only to western societies even at the same time as efforts are being intensified to consolidate democratic system of government in the country depicts a contradiction which predisposes the society to crisis of the dimension the nation is witnessing at the moment. According to English statesman and philosopher, Francis Bacon [1561-1626], “he that will not apply new remedies must expect new evils, for time is the greatest innovator”.

By the nature of its diversity, to achieve lasting peace in Nigeria requires that a concerted effort be made on the part of individuals and groups, both the mighty and lowly, the leaders and the led in the society to internalize the virtue of freedom, human rights, democracy and the rule of law.

Every citizen should have the understanding that other members of the society have a right to their peculiarities and fancies, that every citizen is subject to the law of the land as administered by the courts and equally entitled to its protection while the courts are recognized as the final arbiter in the settlement of disputes and that every citizen has a right to speech, to movement, to associate with individuals and groups and to choose the form of worship that suits their preferences. It is the extent to which Nigerians uphold these principles that will determine the level of stability the society stands to enjoy.

Religious organizations are the major culprits in this regard.  Every religious group in Nigeria preaches exclusiveness, claiming to be the only true and acceptable faith to the Almighty and labelling adherents of other groups in derogatory expressions as outcast, ‘kafiri’ [infidel], unbeliever, atheist, etc, people who are in the wrong religion and need to be converted willy-nilly.

The Indian nationalist leader, Mahatma Gandhi [1869-1948] once admonished that “if Islam is dear to you, Hinduism is dear to me and Christianity is dear to the Christian, it would be the height of intolerance- and intolerance is specie of violence to believe that your religion is superiour to other religions and that you would be justified for wanting others to change over to your faith”.

Ironically, among those playing prominent roles at these prayer sessions would include fanatics, die hard traditionalists  and puritans,  side by side with acclaimed demagogues, political hawks and buccaneers along with  unscrupulous master fixers, the men and women whose cavalier attitude betray their aversion for due process.

In the congregation would also be found those lawmakers who legislated against the citizens’ exercise of their God-given rights all united in passionate prayer for peace upon a troubled nation. The sincerity of the conveners is flying in the face of their background. The time and energy expended on these prayer rituals will yield better results if devoted towards the preaching of civil, liberal, ethical and nationalistic virtues, attributes that are scarce in this clime.

The Good Book says, “We know that God does not listen to sinners, but if anyone is God-fearing and does his will he listens to this one” [John 9:31]. Human habits are much like the clouds; they take form over time and at full development drop on all without discrimination.

Towards averting calamity of this nature, deliberate and consistent effort should have been made to get the society thoroughly steeped in democratic norms and values. All institutions in the country whether political, social or economic oriented, traditional or religious in nature should be made to key into the democratization agenda. Consequent upon this, film producers are enjoined to dramatize the value of democracy in their productions; musicians shall similarly highlight the essence of freedom, the Rule of Law and Human Rights in their lyrics, the media shall promote liberal attributes in their presentations.

Above all religious leaders in the interest of national cohesion and peaceful coexistence should be prevailed upon to re-evaluate their attitude and refrain from a campaign of mutual recrimination since it is by this act of orchestrated chauvinism that they play into the hands of religious fundamentalists while politicians are enjoined to be more principled, to respect the wishes of the people as expressed through the ballot. In the same vein, the school curriculum needs urgent review to make it compatable with the national democratic aspiration.

Eradication of poverty and hunger as the objective of education suggests emphasis be placed on education as a tool for enhancing the utility of the citizen to the entire society and to produce well-adjusted, independent-minded and thinking citizens, young people that are imbued with the capacity to act based on an indebt evaluation of issues placed before them and not on the influence of extremists, bigots, and chauvinists.

As efforts are intensified at finding a lasting solution to incidents of terrorism in Nigeria it behoves everyone to undertake an introspective exercise and meditate on their attitudes with a view to examining the ways they may have contributed to the insecurity that is now afflicting the nation. To do otherwise and go into a session of endless prayers in an attempt to compel God to do the responsibility that is incumbent on us is not only an abuse of spiritual process but a negation of divine injunction and an act that exposes the nation to ridicule.