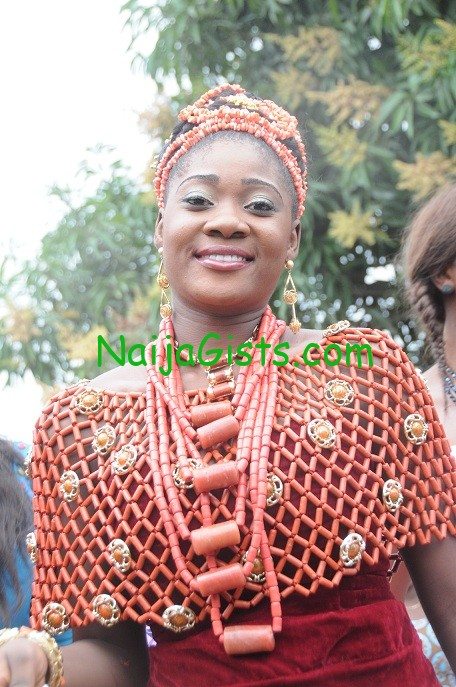 Mercy Johnson is one of the Nollywood actresses who shot into limelight very suddenly. Having spent a part of her past working as a housemaid in order to feed herself, she’s now one of the most successful actresses in Nollywood. NaijaGists.com

In case you don’t really know much about the gorgeous, sexy queen of the screen, you’ve just found the right page to read more on her…

Mercy Johnson Ozioma was born on August 28, 1984 into the family of Mr Daniel, a former naval officer and Mrs Elizabeth Johnson. From calculation, Mercy Johnson age, as of present, is 28. Mercy hails from Okene in Kogi state, and is the sixth of her family’s seven children. She had her primary education, first in Calabar, where she stayed with her father, and later at the Nigerian Navy Primary School, Lagos. For her secondary education, she attended Rivers State Secondary School and the Nigerian Navy Secondary School, both in Port-Harcourt, Rivers State.

In 2011, Mercy officially got married to the man of her dreams. Mercy Johnson husband is Prince Odianosen Okojie, an Edo-based business magnate.

Mercy Johnson was shot into stardom by her role in the movie, “The maid” (2004) in which she played the role of a housemaid possessed by demons. Her performance in the movie was so exceptional that she was offered many more acting roles subsequently. That was how her success story began.

Within a period of just 8 years, Mercy Johnson had featured in many home movies. Some of them are listed below:

In an interview she once granted, Mercy Johnson narrated how her coming into acting came by coincidence. She had resorted to auditioning for movie roles after she failed her JAMB exams. She also revealed that, growing up, she found life very hard and tough, as she had to work as a house cleaner in order to survive. Oh, probably that’s why she played the housemaid role in “The maid” so well…LOL. For Latest News on Mercy Johnson and other Nollywood stars, visit https://naijagists.com/nollywoodgossip