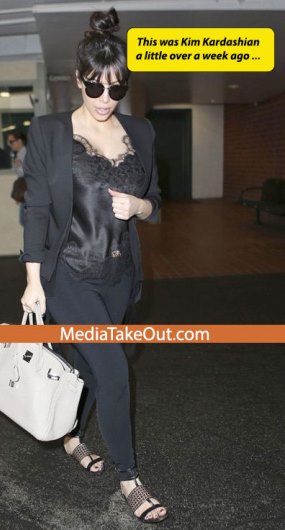 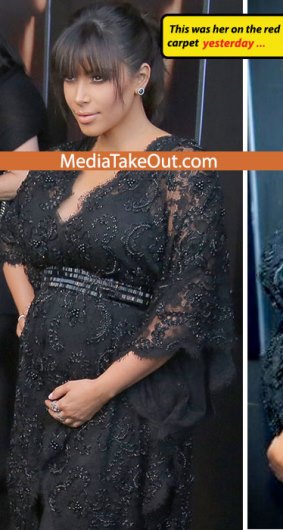 Reality TV show Kim Kardashian is now on the list of celebrities likely to be faking their baby bump.

According to MediaTake, Kim Kardashian’s baby bump might be fake.