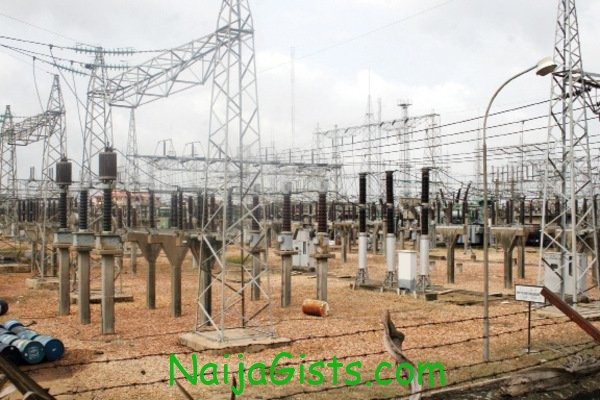 The Nigerian Electricity Regulatory Commission has said power generation will drop by 300 megawatts after rainy season and this will partly cancel the improvement in electricity supply experienced recently in some parts of the country. naijagists.com

While answering questions during a recent e-conference on power sector reforms, organised by Spaces for Change, a human rights organisation, the Chairman of the NERC, Dr. Sam Amadi, said the recent improvement had been due to repairs of some power plants and high water volume occasioned by the rainy season.

Amadi told the moderator of the e-conference, Zainab Usman, of the International Crisis Group, Brussels, that it was unrealistic to expect more than 5000MW by December.

He urged Nigerians not to be too hopeful about the recent improvement, stating that a massive haulage of power will come in the near future.

“The current improvement in generation is because of repairs on plants which resulted in the recovery of lost capacity, and of course, the rise in rainfall has helped us to recover about 200 to 300MW lost during the dry season.

“We have over 20000MW of licensed power. If we succeed in creating a market that allows for these licensees to get to bankability for their projects, then we are home and dry. So, we should not invest much hope on this small improvement.

“The key thing is to let Nigerians know that although in the next eight months or so, we may not see a major haul of new power, in the subsequent eight months, we will make significant and sustainable progress,” he said.

Amadi noted that the capacity building embarked upon by NERC was yet to yield results in terms of improvement in power generation and distribution.

Amadi also noted the bane of the power sector has been corruption, which had continued to undermine the investments made in the sector.

He said, but for corruption, the National Integrated Power Project initiated by the Olusegun Obasanjo administration would have provided at least an additional 5000MW of power.

Amadi also reiterated that the prepaid meters were to be distributed to customers free of charge.

“Meters are no longer to be paid for by customers. That is the law. But practice may be different in many different places. Please refuse to pay for meters and report anyone who asks or collects money for meter to NERC and Economic and Financial Crimes Commission,” he said.(punchng)