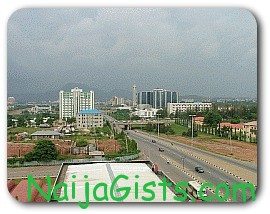 The history of Nigeria dates back to the ancient and middle-ages { before 1500}, and the early modern period of Nigeria were recorded between 1500 and 1800, this period was referred to as the pre-colonial era. Pre-colonial states were formed between 1500 and 1800, while the colonial era lasted between 1800 and 1960. The real modern Nigeria biography records shows that the first republic was formed in 1960 and lasted in 1979, there was a civil war between 1967 and 1970 and the end of the war gave birth to the second republic which lasted between 1979 and 1983. The third republic was formed in 1993 and lasted till 1999; The Nigerian state is in its fourth republic.

Some Historical facts about Nigeria were revealed through archaeological findings from foremost archaeologists- Steve Daniels and Thurstan Shaw who revealed that some people had lived in the South Western part of Nigeria as early as 900BC. Iwo eleru in South western Nigeria, as well as Okigwe in the South East were believed to be 2 of the most ancient cities in Nigeria. The oldest evidences of metal works in Nigeria were traced to the 4th century BC where some smelting furnaces were discovered at Taruga.

One of the interesting facts about Nigeria is that it is the most populated black nation in the world, aside this, there are over 250 languages and dialects spoken in 4 major tribes of the country. The Oyo Empire, sokoto caliphate, and Benin Kingdoms of the 1500 were the most dominant pre-colonial regions in Nigeria until 1800 when the British expanded its trade into the interior part of Nigeria. In 1885, the British Royal forces captured the West African commercial power house and in 1901, Nigeria became a British protectorate. In 1914, the founders of Nigeria formally united the different region into the colony and Protectorate of Nigeria.

At the formation of the Nigerian protectorate in 1914, there were three administrative arms, these were; The Northern Province, the southern province, and the Lagos Colony. One of the facts about Nigeria for kids is that the country actually gained independence in 1958 and not 1960 as widely believed. It was in 1958 that the British government agreed that Nigeria would become independent; however the formal presentations and the constitution that provided the first indigenous Parliamentary government were set up on October 1, 1960. The first election in Nigeria were held in 1959 when the ruling NCP captured 134 seats from the total 312 seats of the Parliament and Dr Nnamdi Azikwe became the first Prime minister of the country.

One of the interesting facts about Nigerians is the fact that an average Nigerian is an explorer, this is why Nigerians are found in all the nooks and crannies of the world contributing immensely to the growth and development of world economies. With a population of over 150 million people, it is believed that there is at least a Nigerian for every 6 Africans you see in any country of the world.