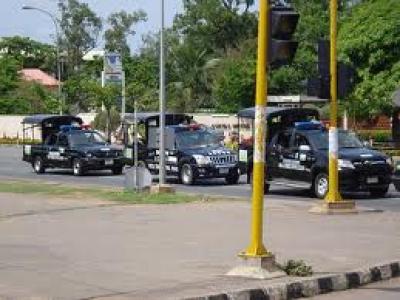 Mr David Abiodun, 31, has been remanded in police custody for allegedly obstructing the motorcade of Governor Babatunde Fashola on the Lekki-Epe Expressway.

While being arraigned before an Igbosere Magistrate’s Court on a  five-count charge of dangerous and reckless driving, the police alleged  that Abiodun used his Mack truck to block an entire lane on the  expressway for unjustifiable reasons and in the process prevented  Fashola and his convoy from having easy passage to their destination.

According to the police prosecutor, Clifford Ogu, the accused also  could not produce his driver’s licence and the vehicle’s particulars  when they were demanded. He added that the offences contravened Sections  28(i), 39(3) of the Traffic Act 548, 36 (P), 44 (1) Cap. 172, Vol. 7 of  the Road Traffic Law of Lagos State of Nigeria and Section 126 (1) of  the Federal Republic of Nigeria.

Abiodun pleaded not guilty to the charge and Presiding Magistrate  Famobiwo granted him bail in the sum of N20,000 with two sureties in  like sum who must produce evidence of tax payment to the Lagos State  Government and must also be resident in the state.

She adjourned the matter till 6 June, 2012 for mention. The defendant was moved to Ikoyi Prison when he could not perfect his bail conditions.

Is this necessary? Nigeria kai!