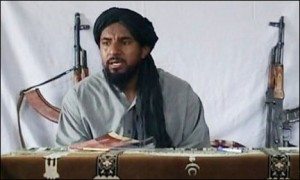 Al Qaeda’s second-in-command Abu Yahya al-Libi has been killed in a CIA drone strike in Pakistan.

Al-Libi was killed on Monday June 4th in a pre-dawn US  drone strike in North Waziristan, a Taliban and Al Qaeda  stronghold along the Afghan border.

The US say his death is the most important blow to Al Qaeda since US special forces troops swooped into Pakistan last year and killed Osama bin Laden.