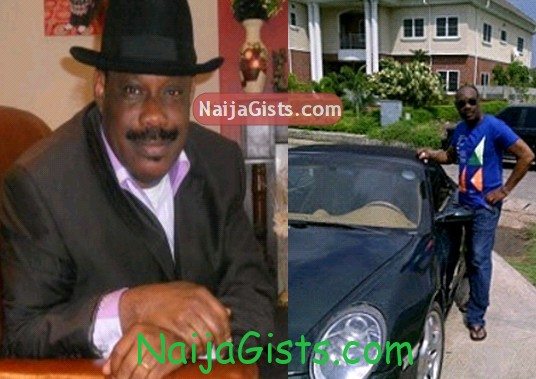 Up until now most people thought ailing actor Enebeli Elebuwa is Don Jazzy’s father but Don Jazzy himself cleared the air when he released the name and the real picture of his biological father as Don Collins Enebeli via his Twitter page. naijagists.com

He is popularly called Mavin grandpa by his children.

Few hours ago Don Collins was spotted posing besides his newly acquired Bentley.