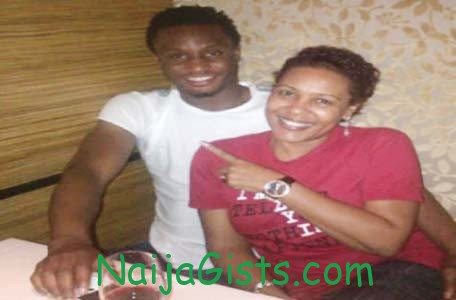 Nollywood actress Shan George recently found herself in a controversy after a photo leak of herself with Millionaire Footballer John Mikel Obi. naijagists.com

What made the rumour so controversial is the photograph’s setting and the fact that Mikel Obi’s hand was spotted at a spot where critics called a sensitive spot .

Here is what the actress said in an interview:

“Mikel Obi is at a talented soccer player whose skills I appreciate. I am his big fan and when they won the Champions Cup last May, I was over the moon with excitement for him and his team mates.

We met and had a drink in Lagos recently and that was that! Nothing romantic happened between us. I am not dating Mikel Obi and I hope some of these traffickers of lies can go have themselves some life.”