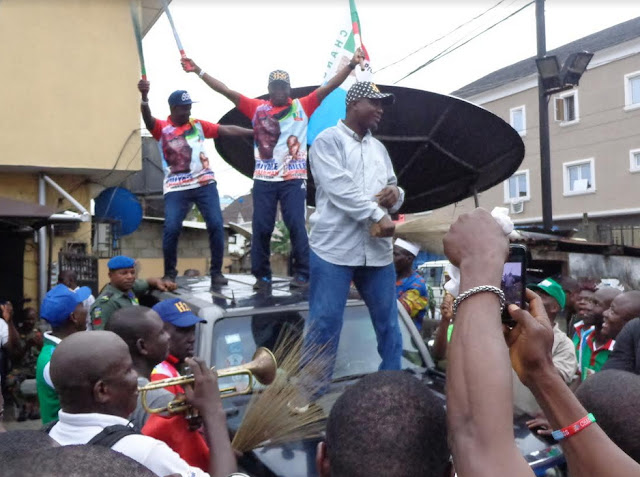 As local government elections in Lagos State holds on Saturday, member of House of representatives, Hon. Olajide Jimoh has appealed to electorates to shun violence, saying voting must be taken as
mandatory.

While leading the party members in a  campaign walk across the streets of Yaba, he also called on the electorates to vote for the progressive.
He appealed to party members and their candidates to shun violence and “do-or-die politics’’.

The rally started from Abule-Ijesha to Abule-Oja, Igbobi -Sabe, Jibowu, Montgomery, Commercial Avenue and ended at his constituency office. While introducing the Yaba Chairmanship candidate to electorates, he said voting for Kayode Omiyale and Councillorship candidates are votes for progressives.

“Saturday’s vote is about choosing who is best to take the this local government to the next level. Therefore, Hon. Kayode Omiyale is the best candidate that will bring a lot of dividends of democracy to our esteemed residents at the grassroots, he said.

He also added, “today’s rally show that the people of Yaba are ready to vote for our party. Neighbourhood campaign are already on going and more rally will still come before the election.