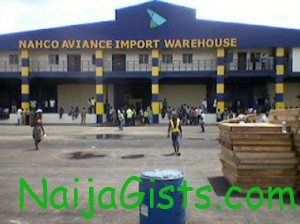 The Nigerian Aviation Handling Company Plc, Nahco Aviance, has said that it will grow its income base in the remaining months of the year after a trade disagreement caused a dip in profits in the first half of the year. naijagists.com

The company lost about 30 days to strikes in its cargo operations due to disagreements between licensed cargo agents and Customs Service as well as with the Federal Airports Authority of Nigeria, FAAN.

During the disagreement, the Cargo Section, which is the company’s revenue basket, was partially shut down early in the year to accommodate the construction of the new warehouse.

So far, the company has said, about $40 million has been spent on its ultramodern warehouse and fleets of Ground Support Equipment totalling 325.