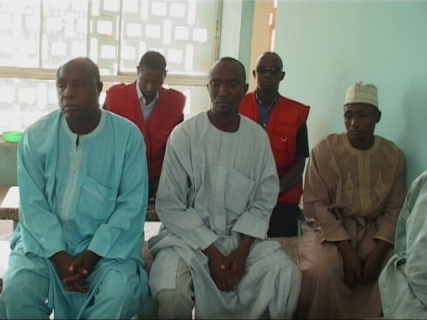 The three friends who are executives of Tarauni Local Government Staff Multi-purpose Cooperatives allegedly received 460 motorcycles valued at N59, 800,000 from one Murtala Auwal Tsafe for sale to their members. But after selling the motorcycles, they misappropriated N40, 516,667 from the proceeds of the sale.

One of the counts read, “’That you Mas’ud Isiyaku, Bala Mohammed Shukura and Ashiru Shuaibu being executive officers of Tarauni Local Government staff Multi Purpose Co-operatives on or about 16th April, 2011 in Kano within the jurisdiction of the High Court of Justice Kano state collected 460 motorcycles at the cost of N59,800,000 from Murtala Auwal Tsafe, after selling same to your members, dishonestly misappropriated the balance of N40,516,667 out of proceed and thereby committed an offence punishable under section 309 of Penal Code.”

The three accused persons pleaded not guilty after listening to the charge.
In view of the plea of the accused, the prosecuting counsel, Aisha Tahir Habib prayed the court to fix a date for hearing.

Justice Lawan adjourned the case to April 16, 2013 for hearing and ordered that the three accused persons be remanded in prison custody.