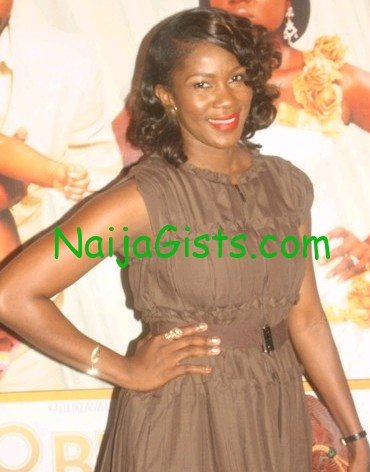 Stephanie Okereke Biography is brought to you by NaijaGists.com

Now, it’s time for us to learn more about another Nollywood star. This time, we’ll be taking a glimpse into the story of tall, dark-skinned, cute, Nollywood actress, director, and model, Stephanie Okereke. This Nollywood actress has achieved much more, and has more to her story that what many people know about her. Enjoy this…

Stephanie Onyekachi Okereke was born on the 2nd of October, 1980 in Imo state, Nigeria. She was the sixth of her family’s eight children. She had her primary and secondary education in Delta state before proceeding to the University of Calabar, Cross River state for her tertiary education. From the institution, she bagged a degree in English and literary studies.

Stephanie Okereke started her acting career in 1997 as a teenager, when she featured in two Nollywood movies, “Compromise” and “Waterloo”. These two shot her into stardom as she got many acting contracts afterwards. To date, she has featured in over 90 Nollywood movies.

In order to improve on her skills, Stephanie Okereke enrolled at the New York Film Academy, from where she graduated in 2007.
During the 2002 edition of the Most Beautiful Girl in Nigeria beauty pageant, Stephanie Okereke finished as the first runner-up.

In 2003, Stephanie Okereke received two awards at the 2003 Reel Awards for the best English actress and the overall best actress of the year 2003. In 2007, shortly after graduating from the New York Film Academy, she released her first movie, “Through the glass”, which she wrote, directed, produced, and featured in. The movie was nominated for the Best Screenplay award at the 2009 African Movie Academy Award. Other awards she has won include:

As stated earlier, Stephanie Okereke has featured in over 90 Nollywood movies. Notable among them are listed below:

And many other popular movies