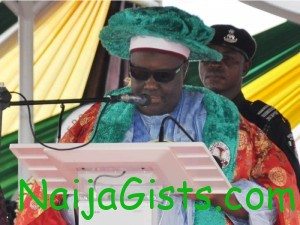 The Emir of Fika escaped unharmed after his police orderly who attempted to stop a young man with bomb strapped to his body tried to get close to the emir.

The police orderly died after the suicide bomb exploded.

Several people were reported injured in the attack.