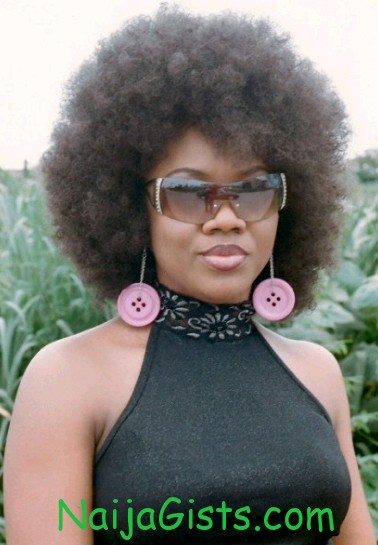 Stella was born on April 24th, 1978 in Asaba, Delta state, south of Nigeria. Information from Stella Damasus biography shows that the beautiful actress turned singer was born as Stella Ojukwu, she however grew up in Benin City where she completed her primary education. Stella warmed herself into the hearts of Nollywood lovers in the early 2000 when she starred in popular soap opera-Passions on the National TV network- NTA. Stella is a graduate of Arts from University of Lagos, and she has been featured in over 20 movies.

Stella Damasus started her professional movie career in 1992 when she appeared in the movie- Abused, however she did not become too popular in that movie, until she was featured in a Emem Isong produced movie- Breaking Point in 1995. Stella Damasus has been featured in over 50 movies, between 2001 and 2004, the most prominent Stella Damasus movies include;

The most recent movies featuring Stella before her temporary disappearance from Nollywood included four sisters, Halimat, and Yankee girls.

Stella Damasus husband used to be Jaiye Aboderin until December 3, 2004 when Jaiye gave up the ghost while playing a basketball game. Until this incident, she was bearing Stella-Damasus Aboderin and thereafter reverted back to her maiden name. Stella had her own share of the cultural and traditional stigma that comes with the loss of a husband, aside that she has been romantically linked with other notable men within and outside Nollywood and the question on the mind of everyone right now is who is Stella Damasus new husband ?

Stella Damasus wedding to Jaiye Aboderin was a superlative wedding that was graced by the who-is-who in the media and political arenas; the wedding was short-lived with the death of Jaiye Aboderin in 2004. In April 2009, Stella was reported to have gotten married to popular socialite- Lanre Nzeribe, the relationship lasted for barely a year. In the earlier part of 2010, Stella was reported to have dated and got married to another top socialite- Mofe Duncan, but in 2011, Stella Damasus divorce with her newly found lover was reported.

In a recent Stella Damasus latest news, it was reported that Stella Damasus was involved in a rivalry battle with another top Nollywood actress- Genevieve Nnaji over the lead role a new movie being shot in Nigeria – Bad-guy-turn-good-guy , though the movie has been put together with the two actress featured, the bitter feud however still remains.

Stella has also been recently questioned by the Nigerian Drug Law Enforcement Agency over her suspected involvement in the trade, an allegation that has not be substantiated.