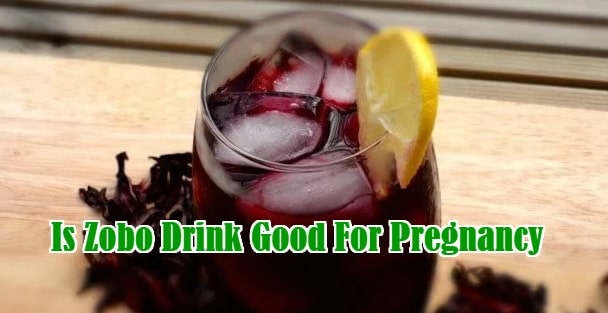 Is Zobo, Sorrel Drink Good For Pregnant Women: Side Effects Of Zobo Drink During Pregnancy

Zobo is the Nigerian name given to a drink made from roselle plant. Most Nigerians do not know the English name given to this plant, as all around Nigeria this drink is always referred to as zobo. This name is of a Hausa origin. It is considered a native West African plant.  It is consumed not just in Africa but in places like Asia and Australia. The scientific name of Roselle plant is Hibiscus Sabdariffa; it has a maturation period of about six to seven months and is of the Hibiscus species. Not only are the flowers boiled and consumed, the plant as a whole is of great value. The stems are used to produce a certain type of fiber. Red rosella leaves have a rich red color, as a result this plant is largely exported to places like Germany, Europe and the United States of America where they are processed and used in producing food coloring and in preparing tea. The green leaves of this plant are also used as ingredients for creating species. The value of this plant is clearly seen as hardly any part of it is wasted.

This drink is a favorite of most Nigerians because it is cheap and rather easy to make. To prepare this drink you take about three handfuls of dried red roselle leaves and rinse them in a bowl of water because they can appear rather dusty most times. Then you boil them in a about half a pot of water for 10 to 15 minutes. After the water boils it turns a deep shade of red, you place a strainer over a bowl and pour into it. Allow it to seat for a while to cool down and add flavor, sweeteners and spices based on your preference. Some people prefer to consume theirs without any form of artificial flavors or sweeteners others don’t mind using them. It is mostly served chilled as that is the best form of preserving this drink once it is made. Keeping it cold prevents it from fermenting.

Other than the fact the zobo drink is tasty and satiates thirst it also has other amazing health benefits.

It has been proven to help in speeding up metabolism. This in turn gradually leads to weight loss.

Due to the presence of certain antioxidants contained in zobo, it helps in lowering the cholesterol level of the body.

The antioxidants present in zobo are believed to improve the health of the liver and have the ability to get rid of free radicals.

Due to the richness of vitamin C in this drink, it is famous for boosting the immune system thereby ridding the body of harmful bacteria.

Some studies also show that rosella drink aids the repairs of damaged kidneys.

It is also considered a good remedy for menstrual cramps and is known to help in hormonal balance.

Rosella drink provides the body with various vitamins and minerals like iron, calcium, phosphorus and many more

This drink is said to be a good remedy for calming the nerves because it possesses some properties that helps reduce anxiety.

Some studies have also shown that the consumption of rosella drink has the ability to fight cancerous cells.

The benefits of rosella drink seem to be inexhaustible as new discoveries about its benefits seems to show up every day. However, this drink has also been known to have side effects on certain individuals.

Side Effects Of Zobo Drink

Zobo has the ability to lower blood pressure in people; however, for those who suffer from low blood pressure, it could do them more harm than good.

For those suffering from certain health challenges like diabetics and its likes it is best to consume this drink with caution or stay away from it in its entirety.

For those who are trying to get pregnant or already pregnant, this drink should not be consumed.

As individuals react to food and drinks in different ways some people may be allergic to this drink and display bad reactions after consuming it. People have been known to experience itchiness, stomach aches and other bad symptoms. If you are one of such people, it’s also best to avoid this drink as much as possible.

Is Zobo Good For Pregnant Women

Pregnancy is a very delicate time in the life of women. This period brings with it certain forms of life adjustments for the gestation period which is often a period of nine months. Adequate care has to be taken because the body undergoes several inconvenient hormonal changes in preparing to house another living thing within the body. The life of the child can come to harm as a results of food and other substances taken in during pregnancy. It is for this reason that pregnant women are always very cautious of their diet during pregnancy and the nursing period. There are forced to let go of certain kinds of food which could be harmful to the baby and by extension themselves as well. Food safety at this point is very important, it is better to err on the side of cautious than risk certain foods.

As beneficial and refreshing as rosella drink can be, it is considered dangerous for pregnant women. During pregnancy women are warned to avoid alcohol as well as caffeinated drinks, some avoid carbonated drinks as well since it does not work well with their system at the time. At this point it is only natural to think that, drinking some form of organic or herbal drink or the other would be the safest bet. But some of these drinks can be of great harm to the pregnancy. Most herbal drinks are a no go area for pregnant women because they contain roselle leaves. Roselle leaves if we can recall, is what we know at this side of the world as red zobo leaves used in preparing zobo drink. So why are pregnant women warned to avoid it? Is it just one of those baseless myths that pregnant women are fed with? The answer is NO. Various observations and researches have proven this.

The consumption of zobo drink during pregnancy has been proven to result in the birthing of babies that fall below the ideal birth weight for a new born.

Zobo is known to be rich in vitamin C. In a regular person; this aids your systems immunity. Pregnant women however, have a specific amount of vitamin C that is safe to consume per day, so as to avoid an over dose. Adequate dosage of this vitamin is already provided in prenatal vitamins. Too much vitamin C consumption during pregnancy leads to an increase in estrogen and acidity. This can be harmful to the baby.

The hormones of a pregnant woman undergo several changes because of the presence of the fetus. From when a woman takes in and well after putting to bed, her hormones keep undergoing fluctuations. The consumption of zobo drink can cause further hormonal unsteadiness.

The consumption of zobo by pregnant women has been known to cause bleeding, uterus expansion and cramps.

Can Zobo Drink Cause Miscarriage Or Induce Labour?

Emmenagogues are herbs that induce the flow of blood in the uterus and pelvis. These herbs are used by women who are not pregnant but for one reason or the other are unable to menstruate. Zobo also contains the properties of these herbs. It can therefore cause bleeding, cramping and uterus expansion which may lead to early labor. It could cause a miscarriage in the early stages of pregnancy. Since it causes uterus expansion and this is only supposed to happen as a pregnant woman nears her due date. An early uterus expansion could make the body forcefully eject the fetus. It is therefore safe to say that zobo is of little benefit to a pregnant woman as it does more harm than good.

Breast milk is the perfect baby food. it contains a high level of baby nutrients that have yet to be duplicated by manufacturers of artificial baby food. The nutrients contained in breast milk helps build the baby’s immune system, increase mental capacity, protect against virus and a lot more. A lot of what breast feeding mothers consumes is converted to breast milk for the baby’s use. Drinking Zobo during breast feeding is only safe under certain conditions. Once the child is healthy and does not suffer from health related issues or allergies. Zobo may then be taken but at a very controlled rate.

Most people who want to play it safe stay away from this drink all together during pregnancy and the early stages of breastfeeding. As good as this drink is said to be, it is a huge risk to all pregnant women and some breast feeding mothers. A safe drink to consume during and after pregnancy, which is rich in nutrients and good for mothers and babies is tiger nut milk. In Nigeria it is commonly known as kunu Aya.