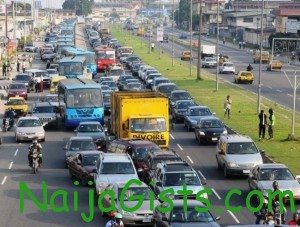 We welcome the Lagos Traffic Laws considering how safe our roads have become. Before this period, we always woke up to the reality of having more lunatics on our roads. The menace caused by danfo drivers, okada riders and unscrupulous literate but unlearned drivers, is alarming and needs to be curbed. Hardly is there a day without head-on collision of vehicles, as a result of driving against traffic and okada riders’ sheer recklessness and flouting of traffic light.

The city of Lagos continues to grow and is even more highly populated than some states. The city of Lagos as a commercial nerve centre has created room for all and sundry to migrate to, for opportunities for the good life. The influx of people into the city is now creating a big stress to government and the people that so much has to be put in place to minimise chaos.

The traffic situation is one area that needs urgent attention. Sincerity must be the watchword in enforcing discipline in this area. Logically, the first thing to be considered are the ‘Road Signs’. This must be adequately positioned and legibly written, so that offenders will have no loophole to exploit.

This calls for urgent attention. A situation in which the signs are in the minds of LASTMA officials or local government urchins is unacceptable in a civilised environment.

The traffic laws are welcome even at this time that insanity is becoming the order of the day. There should be no room for ignorance or sheer disobedience of the law even by law enforcement agents. Furthermore, the issuing of new driver’s license must be after vigorous test must not have  been conducted on the applicant by relevant authorities. On the other hand a person who is renewing a license or even obtaining one for the first time should not wait fro months before he gets it. What happens when such tardiness takes place at the backdoor which fuels corruption?

There must be enlightenment programmes to educate the populace and get the people ready and familiar with the laws before they are enforced.

Proper attention must be paid to the issue of road repairs and maintenance. When the roads are so bad and construction takes eternity to complete, individuals may be constrained to find the next best alternative howbeit illegal. Government must play its part and after that the law can take its sincere and just course. Detours should be intelligently thought out if construction will be slow in implementing.

The penalties for breaking traffic laws shouldn’t be so stiff as to turn minor offenders into criminals. How can the government order its citizens to be imprisoned for driving on a one-way road? A fine and suspension of the driver’s license for a period should be enough deterrent.

Why swell the prison population? Those who are there are in overcrowded condition. It is estimated that many who have not even committed any offence are in our prison with hardened criminals and the effect is to breed more criminals. Must we go from bad to worse and breed more vagabonds?

Is the government prepared to build more law courts, prisons, psychiatric centres to cater for the teeming population of offenders daily? Why would the government make the mistake of enriching enforcement officials? If the fine is too high, offenders are likely to bribe enforcement agents as we all know. How long are we going to continue creating unnecessary illegal wealth for people with no conscience? Some law enforcement agents are naturally wicked and in order to carry out an order, often use unscrupulous methods. They engage the services of touts to collect money and usually it’s their word against the offender.

The government should critically block all loopholes that create untold hardship for the populace and soft-pedal in handling this delicate issue so as not to create room for bad blood against government. We shouldn’t play into the hands of some jobless people who could easily cash in on the situation.

As the government is drafting laws, some people are looking for how to circumvent them to suit themselves.

The selfish attitude of some personnel have now resulted in people not complying with orders and it’s now everybody to himself, God for us all.

Law must be enforced without bias and nobody should be above the law. The enforcers must be carefully trained, not merely jaundiced individuals who are biased from the word go.

•Ayo-Adedeji is an Educationist and owns an orphanage in Magodo, Lagos.