Yemi Blaq is one of the finest actors of his generation. His acting skills are sublime and he is a joy to watch on the screen. His performances are refined, skilled, and compelling. Tall dark, and handsome, he possesses excellent technique, a deep intriguing voice, and superb diction. He is quite simply a class act – an actor’s actor. 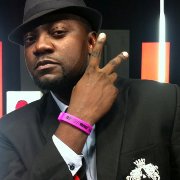 Yemi is a man who is doing what he loves – a man living his dream. His passion for his work comes through in his performances. It is easy to see that there is nothing else he would rather be doing. From a tender age, he always wanted to be an actor, and he went on to study Theater Arts at the University of Benin (Nigeria). He came into the industry in 2005, and has since gone on to feature in an impressive range of movies, which include Letters to a Stranger, Distance Between, High Blood Pressure, and most recently, Sinking Sands (directed by Leila Djansi). A private individual, he would much rather discuss his art than his personal affairs. 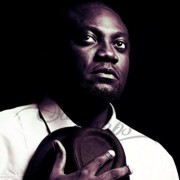 Leading men’s lifestyle magazine Mode Men recently interviewed this elite actor, and the interview can be seen in the most recent edition of the magazine. In the interview, he touches on a whole range of issues – acting, Nollywood, his new movie Sinking Sands, his motivation, as well as his advice for young aspiring actors. Also featured in the magazine is his equally intriguing co-star in Sinking Sands – the Haitian born actor, Jimmy Jean Louis.