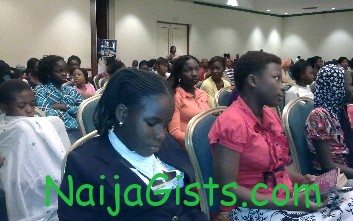 At least 80,000 Nigerians die from various forms of cancer annually, with an estimated 10 people dying from cancer every hour.

Dr Abia Nzelu, Lagos State coordinator of the National Cancer Prevention Programme (NCPP), who disclosed this on Wednesday, said cancer remained the number one killer of mankind, adding that it killed more than HIV/AIDS, malaria and tuberculosis did.

According to him, the International Agency for Research on Cancer (IARC) had predicted that by 2030, there would be more than 21 million new cases of cancer, with 13 million cancer deaths every year.

He disclosed that a recent free cancer screening exercise carried out by NCPP, as part of the International Cancer Awareness Month (ICAM) 2012 in Mushin Local Government Area of Lagos State revealed that four out of 100 women screened were positive for cervical changes, while 14 in 100 women had breast pathologies.

He said arrangements were in top gear to establish cancer centre in Port-Harcourt, Rivers State, adding that the Port-Harcourt Cancer Centre (PHCC) would be the first of the six comprehensive cancer centres the NCPP would establish in the six geopolitical zones of the country.

“When the PHCC is fully established, it will ensure that cases that are detected during screening are adequately treated in Nigeria, irrespective of the financial status of the patients,” he added. source