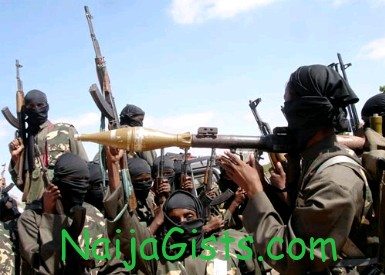 Another top commander of Boko Haram terrorist sect has been killed while trying to run away from his hideout in Mubi, Adamawa State, Nigeria on Tuesday Sept 25, 2012. naijagists.com

Abubakar Yola also called Abu Jihad was killed in a shootout with soldiers.

156 suspected members of Boko Haram sect were also arrested in the raid.

Read detail on the raid here