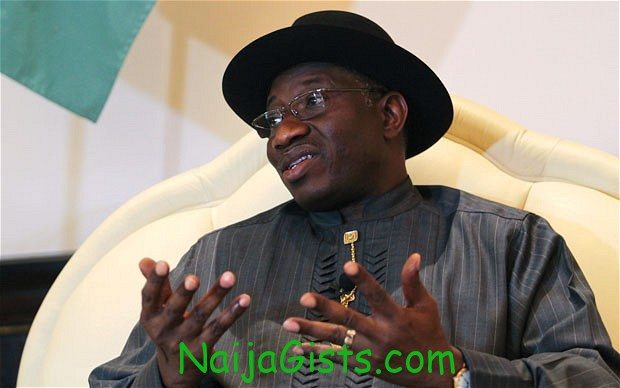 President Goodluck Jonathan on Sunday who insisted that his administration is presently in dialogue with Boko Haram terrorist sect is using this medium to assure Nigerians of positive outcome, he additionally pleads for support from Nigerians. naijagists.com

The Special Adviser to the President on Media and Publicity, Dr. Reuben Abati, revealed to news men that,those who thought such dialogue involved face to face meeting in which government officials and members of the Boko Haram sect sit on opposite sides of a table missed the point in such a delicate issue.

He said the Federal Government focus on tackling terrorism was through back room channels of reaching the members of the Boko Haram sect and through multi-level, constructive interventions aimed at addressing ‘a difficult issue that is multifarious’. Abati stated that all what President Goodluck Jonathan was asking from Nigerians as he tackled the issue through the multi-faceted levels was support.

According to him, “when government says it is already talking to Boko Haram, the form of that dialogue must be properly understood. I think a lot of people are under the impression that the dialogue involves a situation whereby government officials are sitting on one side, Boko Haram persons are sitting on the other side in an air-conditioned room and there are negotiations across the table. That is not the form of the dialogue.

The form of the dialogue is that back room channels are being used to reach across with the sole objective of understanding what exactly the grievances of these persons are, what exactly can be done to resolve the crises, in the overall best interest of ensuring peace and stability in Nigeria and the security of lifves and property. And all of this is consistent with the position of Mr. President. So what is called dialogue is at many levels: through back room channels and through multi-level, constructive interventions to address a difficult issue that is multifarious,” he said.

The sect otherwise known as, Jamaatu ahlis sunnah lil daawati wal jiha, had last week denied engaging in any talks with representatives of the Federal Government, stating that the earlier press statement confirming an ongoing dialogue by one Abu Muhammad, who claimed to be the second in command to the sect’s leader, Abubakar Shekau was false.

Abati stated that, “one thing that is noteworthy is that the Boko Haram spokesperson made it clear that they were prepared to go a step further to ensure that persons who are using the name of Boko Haram for political and criminal purposes are identified and checked. What that original statement indicated was that indeed Boko Haram has many faces.

It confirms that this thing called Boko Haram is such a multi-faceted phenomenon. The minister of information has already stated the true situation on two occasions. “First in an interview, second through a press release, namely that the Federal Government is involved in dialogue with Boko Haram.”