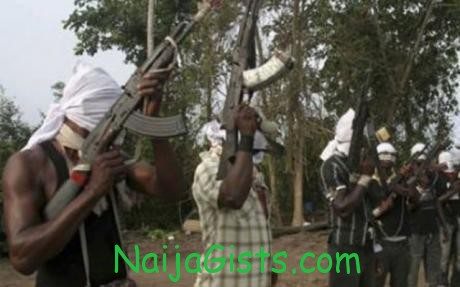 Gunmen who kidnapped a housewife, Mrs. Ime Abasi in Calabar, Cross River State; southsouth Nigeria, have contacted her husband, Mr. Emmanuel Pius, demanding a N50 million ransom before they can free her.

We learnt that gunmen kidnapped Mrs. Ime Abasi on Monday at about 10pm in her home at Ikot-Ansa.

Her husband, Emmanuel Pius, a civil servant resident in Ilorin, Kwara State capital, northcentral Nigeria said this morning that he called his wife’s phone at about 10pm on Monday and the phone was switched off.

He said he made several attempts throughout the night but the line did not go through. But when the line went through about 10 o’clock this morning, his wife told him she had been kidnapped by some gunmen.

Thereafter, he said one of her captors seized the phone from her to harass him that he should not call the number again until he was ready to negotiate because she was in their custody.

The Police Commissioner in Cross River State, Osita Ezechukwu this morning, he said the police were not yet aware of the kidnap, asking for more details about the incident.

Her husband later phoned our correspondent to inform him that his wife’s captors have demanded N50 million as ransom, which he said he could not afford.