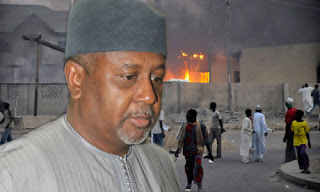 The new National Security Adviser of Nigeria, Col. Sambo Dasuki (retd) has come out with a new claim that he has Boko Haram phone numbers.

Sambo Dasuki made this claim during a tour today in Jos.

Read his statement below

“I was in Yobe and Borno States last week and I have got the telephone numbers and contacts of key Boko Haram members and I will meet with them”, said Dasuki who described the situation in the two states when he visited as pathetic.

” But I have the mandate to put heads together with religious and traditional leaders as well as the state governments to ensure an immediate ceasefire,”

I think he is just playing politics.

What do you think?