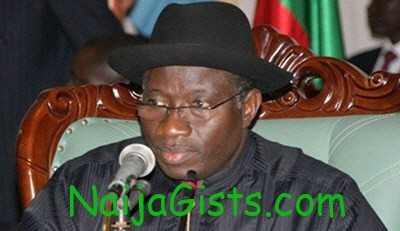 Not only is the presidential system of government expensively operated by Nigeria, President Goodluck Jonathan has demosntrated that he’ll rather take the culture of waste a notch higher. naijagists.com

As the director-general of the Bureau of Public Enterprises, minister of Federal Capital Territory and member of the country’s  Economic Management Team, at different times from 1999 to 2007, Malam Nasir el-Rufai was a key member of the administration of former President Olusegun Obasanjo. He now writes a weekly, widely syndicated column in which he has ruffled not a few feathers in the past few months. About three weeks ago, el-Rufai turned his attention to the pains and gains of Nigerians from the country’s 13-year democratic government.

The former minister noted that Nigerians were convinced 15 years ago that democracy, anchored on fair elections, the rule of law and good governance, is better that military rule. But his verdict on the country’s democracy, especially those who have been the key operators in the past 13 years, was not a cheery one. “It seems that in 13 years, we have forgotten all that and we seem to have mostly evil emperors at the helm that are more banal than the military dictators, but far less competent in governing,” said the former minister. To be sure, el-Rufai did not say Nigerians have not derived any benefit from democratic governance. But his grouse was that there have been so many opportunities for transformation lost by the successive civilian administrations since 1999 as a result of corruption, wasteful spending and sheer incompetence on the part of those who have presided over the country. He noted that this has especially been the case since 2007 with the inception of the Umaru Yar’Adua administration. While el-Rufai agreed that the administration he was a key member of was less than perfect, he, however, noted that it left enough for its successor to build upon when it left office in 2007.

Of course, the former minister knows what happened. The funds have been squandered by successors of the Obasanjo administration, while government is struggling to revive most of the projects. A lot has been written on how the $27 billion in the ECA was depleted between 2007 and 2011 as the governors of the 36 states put pressure on the ailing President Yar’Adua and later, President Jonathan, to draw from the funds to augment their monthly allocation from the Federation Account. In December 2010, for instance, the governors put pressure on then Acting President Goodluck Jonathan to withdraw $1 billion to augment the sum of N783 billion shared out to the three levels of government for the month. Dr. Jonathan, who then needed support to secure the ticket of his party, Peoples Democratic Party, PDP, to contest in the presidential election, was ever so willing to do the bidding of the state chief executives.

“Over the ensuing four years, the federation earned another  $180 billion from oil and gas, import duties and taxes. By 2011, all these resources had been wasted with little to show for it. The excess crude account had been run down to less than  $1 billion, the reserves drawn down to about  $35 billion and none of the rail and power infrastructure projects completed,” Femi Orebe, a columnist with a national newspaper, noted.

With the election of Dr. Jonathan and his promise of transformation, many Nigerians had believed that such culture of waste would become a thing of the past. But events in the past one year seem to confirm that the President’s promise of transformation may not be in the area of cutting wasteful spending. In fact, the administration, in the past one year has been especially visible in its large travelling contingents, indiscriminate setting up of committees, huge budgetary allocations to Aso Rock Presidential Villa, stealthily conducted media campaigns and depletion of funds in various specialised accounts of the federal government. There have been questions over the high number of government ministers and presidential aides for example. Many Nigerians insist that the over 40 ministers and the increasing retinue of growing Special Assistants and Advisers, most of who are redundant, were a waste of public funds. Two weeks ago, the President appointed a new Special Assistant on Youth Affairs, and Dr. Doyin Okupe as his new Senior Special Assistant on Public Affairs. The President already had a Special Adviser on Media and Strategy and another Special Adviser on New Media, who has been derisively tagged special adviser on Twitter and Facebook matters to the President.

While querying the number of aides appointed by President Jonathan and their designations, Obong Effanga, Governance Coordinator, ActionAid Nigeria, noted that there are too many duplications in the jobs assigned to the appointees. On the appointment of Dr. Tunji Olagunju as Special Adviser to the President on NEPAD and Dr. Pius Olakunle Osunyikanmi as Special Adviser to the President on International Relations, Effanga noted: “Apparently, these two offices could have been handled by a single person. Besides, why do we have to appoint a special adviser to the president on these when there is a ministry of foreign affairs with more than one minister, permanent secretary, directors and possibly a department in charge of NEPAD?”

Some of the appointees and their portfolios, he added, are even downright ridiculous. “Mrs. Sarah Akuben Pane, Special Adviser to the President on Social Development. One is too stumped to even comment on this. Mrs. Sarah Jibril, Special Adviser to the President on Ethics and Values. What a joke! Who even monitors what, if any, work some of these appointees have been carrying out?” wondered Effanga, who added that the special advisers “would ordinarily have their own personal assistants and other aides”.

The President had also come under fierce criticism late last year after he submitted the 2012 Appropriation bill to the National Assembly following what many saw as huge, unnecessary and frivolous allocations for the National Assembly. Jonathan had in the bill proposed to spend N477 million for “foodstuffs and catering materials supplies” for the President’s office, and another N293 million for refreshment and meals for his office and home.

Also in the same budget, N45.4 million was set aside to be used for purchasing kitchen equipment for the President’s house. Vice-President Namadi Sambo’s refreshment and meals, as contained in the proposal, were to cost N20.8 million; N104 million was allocated for the VP’s foodstuffs, catering and material supplies, while he will spend another N6.2 million on cooking fuel. On vehicles, the Presidency, also in the budget proposal, allocated N280 million for two Mercedes Benz armoured S-guard vehicles, N144 million for assorted utility vehicles, N18 million on Toyota Hiace bus, and N77 million on other cars to be added to the presidential fleet. The President suspended the procurement of the vehicles following controversy generated in the media over the issue. But the feeding budget of N947 million, the most controversial of the allocations, was only reduced to N857 million, which many Nigerians say did not go far enough.

The Senate Committee on Public Accounts has also been investigating the withdrawal of billions of naira from the Natural Resources Account of the Federal Government. The account is funded through allocation of 3 per cent of funds accruing to the Federation The fund is expected to aid the three tiers of government to develop the natural resources in their areas as a means of diversifying the nation’s revenue. But the Senate Committee’s investigation of the management of the account revealed that it has virtually been turned into a slush fund by the Jonathan administration.

Investigations by the Committee, as reported by Abuja-based Daily Trust newspaper, revealed that from March to October 2010, the Jonathan administration sourced various sums used for funding things completely outside what the account was meant for. The withdrawals, mostly taken in form of loans to the federal government, include N57.59 billion for the payment of  monetisation arrears for staff of the Power Holding Company of Nigeria, N70 billion loan to the Consolidated Revenue Fund to accelerate capital budget releases, N10.7billion for funding of fertiliser revolving account and N4.3 billion withdrawals to fund reversal of excess crude distribution.

“The cumulative balance in the account as at June 30, 2012 is N171.9 billion. Releases from the fund are based on approvals from Mr. President. In some instances, the Federal Government does borrow from the fund, which is promptly paid back,” Danladi Kifasi, Permanent Secretary of the Ministry of Finance, who said a total of N873.4 billion had accrued into the account over the years but was depleted by N701.48 billion, told the Senate Committee.

Yet, another recent report revealed how the sum of N36 billion in the Stabilisation Account was depleted to N11 billion in five months spanning January to May 2011. The account, which is funded by 0.5 per cent of funds accruing to the Federation Account, had a balance of about N120 billion in August 2010 but was depleted to N37 billion by October 14 of the same year. Withdrawals from the fund between January and May 2011 include N400 million funding for the activities of FAAC, N242 million, N33 million and another N32 all withdrawn and “granted as loan to Inspector-General of Police (IGP) for purchase of vehicles for UN peace keeping in Haiti – 1st instalment”, as contained in government’s memo quoted by The Punch newspaper on the issue. There are other frivolous expenses, including the withdrawal of N150 million through five memos on the same day.

“It is a pity that Nigerians have signed a prodigal nation. The country is broke because the PDP regime has emptied all the treasuries. The same government has depleted our foreign reserve, excess crude account and now stabilisation account. The country is broke, that is why we are being forced to buy new driver’s licence, new plate numbers and worst of all, pay N145 for petrol litre,” said Yinka Odumakin, spokesperson for former head of state, General Muhammadu Buhari. Government debts have also witnessed a massive rise: to over N11.2 trillion total domestic debt, while external debt now stands at US$4 billion.