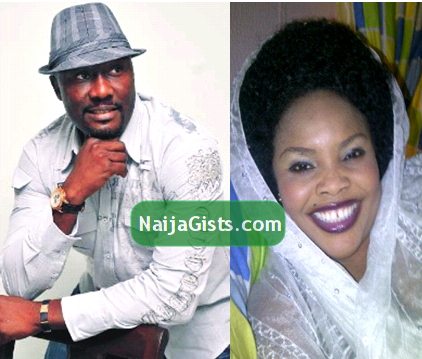 According to an interview Bisi granted, she claimed Dino has refused to pick his call again since she broke the news of her pregnancy to him.

According to the star actress, the randy honourable has moved on with yet another Yoruba actress Lola Alao.

As at the time of this report, Dino is currently dating Lola Alao.

Here is what Bisi said in an interview:

I have been fed with lots of informations that Dino Melaye and Lola Alao are now dating.

Lola was a one time best friend of Bisi.

Na wa for these Nigerian actresses o. Most of them don’t have settled homes they’ll rather fight for husbands.