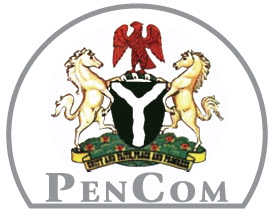 Jesus, in the Holy Scriptures, says, the law is for man and NOT MAN FOR THE LAW. If the spirit of PENCOM Act is meant to help retirees to live a good life not for them to suffer unnecessarily for any reason then there would have been no delay in releasing the entitlement of a retiree. Even bending the rule for a retiree to get something would have been possible to say the least provided it is in line with the purpose and spirit of the law. That there was any circumstance at all was not at the making of the retiree.

Pension Commission and the Pension Fund Administrator did not allow a retiree have access to his RSA even when Bureau’s certificate given to the retiree stated so thus to do. Or seen the other way round, the Delta State Bureau knowing this could not intervene, not even for the State Government to save the situation. Who knows; perhaps they have their reason perhaps hidden, only known to them for retirees to be so treated to deny them their rights and entitlements.

In Delta State, some people are paid some others are not paid even someone who retired since 2012 up till now had not been paid not even a kobo. And since January 2016, the Delta State Government had not released any fund for the continued payment of its retirees in the State. Nigeria, that is a country well blessed by God the creator of all things, a dilemma – water, water everywhere but none to drink.

Sec.2(b) “the sanctity of the human dignity shall be maintained and enhanced” . In Delta State here we found retiree being maltreated like dejected person.

And in sect.2 (c) “government actions shall be humane”. In Nigeria today, this is a different thing. How would a State Government official feel if he is denied his four years’ salaries and allowances for four years, which is a tenor of a State governor. A retiree is being denied his entitlement for such a period of time. That is what a government is doing to a citizen who had served his nation for thirty-five years. Nigerians should be in the better position to judge in this matter. All public-spirited persons should help to appeal to the conscious of our present-day leaders. Let us all do the right thing for the good and development of our country – Nigeria. God bless Nigeria.