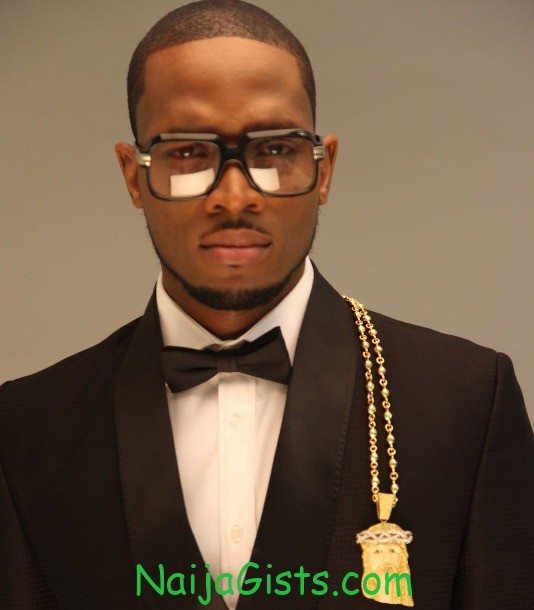 Nigerian artist D’banj (Dbanj) biography records show that the singer and performer was born on June 9, 1980 as Dapo Daniel Oyebanjo.

Dapo adopted his stage name- D’banj from a combination of his first and last names. D’banj was born in Zaria, Kaduna state, Northern region of Nigeria to a military officer father and a church dignitary mother.

D’banj was enrolled in a military elementary school at the age of 11 but dis-enrolled from the school after 3 years, he however enrolled in another military {Nigerian Navy secondary school} in Ogun state, Nigeria where he completed his secondary education. D’banj age records shows that the prolific entertainer is 32 years old

D’banj profile as a musician and entertainer

D’banj real name is Dapo Oyebanjo; he was introduced to music by his late brother Femi who along with their father died in a fatal plane crash at the age of 17.

D’banj had a rough time trying to break away from his father’s stance that he must join the Nigerian military, he opted to pursue his music career by all means. D’banj profile as the hottest entertainer in the Nigerian music industry has been influenced by his mentor- Fela Anikulapo Kuti , D’banj always introduce some Afro beat as well as hilarious and sometimes explicit styles into his music to the admiration of her fans.

Just before he got disengaged from the Mo’ Hit records, most of D’banj’s music were produced by Don Jazzy. Dbanj’s professional music career actually began when he travelled to the UK and met the JJC & 419 Squad and D’banj was initiated into the group alongside Don Jazzy. Don Jazzy and D’banj later broke out of the group to form Mo’ hits group.

D’banj music and rise to fame

D’banj has released 4 albums since 2005 , some of his best songs include; Tongolo { from the album No Long thing}, Gbono feli feli, Run down, Fall in love , and Mr Endowed remix which he did with American rapper- Snoop Dog. D’banj has won numerous awards, the most recent is the 2012 MTV best African artist, he has also won 2011 BET award as the best African artist.
D’banj is currently signed unto the Good music label owned by American rapper Kanye west , he has performed on international stage with some of the best International stars such as JayZ, Kanye West, Snoop Dog ,and Kelly Rowland.

With fame comes lots of controversies for many artists, d’banj also have his share of the controversies and one of such are the d’banj girlfriend saga where he has been linked with several women including famous actress- Genevieve Nnaji and Ghanaian actress Nadia Buari , the most recent is the d’banj illuminati saga that the entertainer has rebuffed.