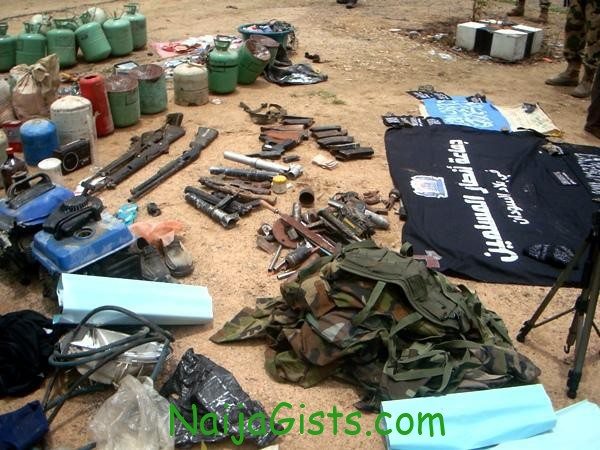 The Joint Task Force (JTF) on Operation Restore Order (ORO) said on Monday that it had recovered arms and ammunition after raiding the residence of a suspected terrorists in Maiduguri. naijagists.com

This is contained in a statement issued by the JTF spokesman, Lt.-Col. Sagir Musa, in Maiduguri.

He said: “the JTF has conducted a follow up operation at the residence of a wanted key commander of the Boko Haram sect in Bulunkutu-Lawanti Area of Maiduguri metropolis.

“The raid was carried out on Monday and three AK 47 rifles and other incriminating items were recovered from the residence,” it stated.

It stated that a notebook containing names of suspected Boko Haram members was also found at the residence.

“A notebook containing names of suspected Boko Haram members, indicating those already dead, was also found at the residence.”

“The JTF wishes to thank members of the public for the information that contributed to the success of the operation.”