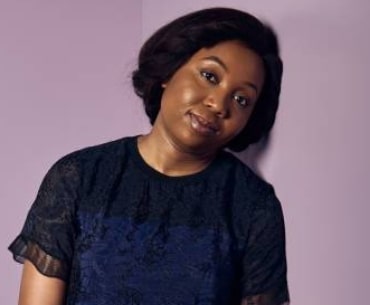 Chinny Onwugbenu is a Nigerian movie producer, and co-founder of “The Entertainment Network” (TEN).

She studied Economics in the Pennsylvania State University (university in Pennsylvania, a state located in the north-east and middle Atlantic areas of the United States of America).

In 2006, Chinny graduated, and was honoured  with a degree in Economics.

After graduating, she had her Masters in Business Administration (MBA) in 2010, at the UCLA Anderson School of Management.

This is a post-graduate business school at the University of California, Los Angeles, USA.

It is one of the best business schools in the United States, based on their rankings.

After her masters in the United States, she came back to Nigeria and shortly ventured into the movie industry.

When Chinny ventured into the Nigerian movie industry, she met Genevieve Nnaji. 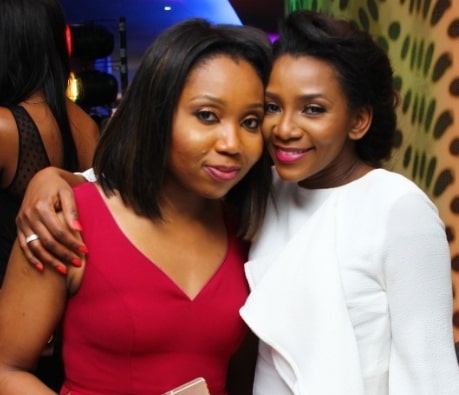 Together, they created a company that specializes in the production of quality movies.

This company is called “TEN” (The Entertainment Network).

Chinny co-produced the movie “Road to Yesterday”, with Genevieve Nnaji in 2015.

This is a movie about a disunited couple who try to amend their chartered marriage, while they were on a road journey to the burial of a relative.

This movie was a major success, and fans could not wait any longer, immediately the trailer was out.

The official trailer of this movie was released in October, while the full movie was officially launched the next month (November).

It was premiered at the Africa International Film Festival (AFFRIFF), a yearly film festival that is held in Nigeria.

This event usually lasts for a week, and it also features awards, shows and film training sessions.

After the success of the movie “Road to Yesterday”, Chinny produced another successful movie in 2018.

This movie is called “Lionheart”. It starred the likes of Pete Edochie, Nkem Owoh, Genevieve Nnaji, Onyeka Onwenu, Kanayo .O. Kanayo, and others.

The movie talks about a lady named Adaeze (Role played by Genevieve Nnaji), who wants to take over the duties of her father Ernest (Role played by Pete Edochie) in his company, when he is no more able to run the company affairs due to health complications.

This movie was a major success immediately it was released, and it also introduced the music star (Peter Okoye of P-square), into the Nigerian movie industry (Nollywood).

It was premiered at the “Toronto International Film Festival” 2018, in Toronto, Ontario, Canada.

After this movie was released in 2018, Netflix acquired it.

Netflix is an online media-service provider, that offers a subscription-based online streaming service with a library of films, tv shows, and more. It is an American company with it’s headquarter in Los Gatos, California, United States of America.

Lionheart is the first movie produced in Nigeria, that is currently available on Netflix.

Chinny is well recognized for her wonderful production works in Nigeria, Africa, and the world as a whole.

In 2016, the movie “Road to Yesterday”, which she co-produced with the veteran actress Genevieve Nnaji, won the Best Movie in West  Africa, at the African Magic Viewers Choice Awards (AMVCA).

This is a yearly award given by Multichoice (a South African company and main satelite tv service provider in Africa, that owns DStv and Gotv).

The award is for the recognition of amazing achievements in the film and television industry.

In 2018, “Lionheart” a movie produced by Chinny, and directed by Genevieve Nnaji, was nominated for the Grolsch People’s Choice Award.

This award is a grand award given at the “Toronto International Film Festival”.

The movie received this nomination a few days after the American media streaming service (Netflix) acquired the global online license for it.

The nomination of this film has attracted international attention to the Nigerian movie industry (Nollywood), and the performance of the movie so far, has shown the world that nollywood surely has something to offer in the international movie scene.

This movie is also part of the Black Reel Awards to be held in february 2019.

It was nominated in the “Outstanding Foreign Language/World Cinema Motion Picture” category.

This award has more credit to the director of the movie (Genevieve Nnaji), as it is an award mostly for directors.

Lionheart is still a new movie that was released just a few months ago, so we are sure there are more awards and nominations this movie would acquire in the nearest future.

The parents of Chinny are Chief Louis Izuchukwu Onwugbenu and Lady Patricia Onwugbenu.

Her father (Chief Louis Izuchuckwu Onwugbenu) is a prominent businessman and philanthropist, who was born on the 15th of August, 1953, to the humble family of Augustine and Cecilia Onwugbenu, in Ndiojukwu community, Uruagu Nnewi, Anambra state, Nigeria.

He is from a catholic family, and is currently a knight in the catholic church.

Same year when he was born in 1953, he was baptized and given the name “Louis”.

Chief Onwugbenu attended the St. Louis primary school, but stopped halfway during his secondary education, as a result of the Biafra War in 1967.

Two years after the Biafra war (1972), he ventured into business and started growing gradually.

According to him, his initial business was the sales of vehicle spare parts, before he later graduated to importation of vehicle parts.

Today, his company “Louis Carter Group”, has grown vast and international, and now has numerous subsidiaries.

Chinny’s father started business at a very young age and became a millionaire while he was still under 30years.

After achieving success, he started contributing to development projects both inside and outside his community.

He even built a superb lecture theatre and donated it to student nurses of the Nnewi medical campus of ASUTECH (Anambra State University of Science and Technology).

This project was commissioned by Lieutenant Colonel Herbeth Obieze (retired). He was the former military governor of Anambra state.

Being a compassionate helper of the needy and poor, Chief Onwugbenu created the “Louis Carter Foundation”.

This is a foundation that focuses on alleviating poverty, empowering the poor without discrimination, and funding the education of both children and youths.

This foundation currently has numerous beneficiaries.

After finding much success in business, Chief Onwugbenu decided to start a family in 1977.

Their marriage took place in 1978, and they were blessed with eight children (a boy named Emeka, and seven girls including Chinny Onwugbenu).

In 2014, Chinny Onwugbenu’s only brother (Emeka) got married to the daughter of Chief Innocent Chukwuma (The Ceo of Innoson).

Stars like Genevieve Nnaji and Flavour also attended the marriage.

There is a popular question whether Chinny Onwugbenu and Onyinye Onwugbenu are sisters.

Well, the answer to this questions is “Yes”.

They are sisters and daughters of Chief Louis Izuchukwu Onwugbenu.

Chinny and Onyinye are the proud founders of the Belleza Cosmetics and Spa, which is located in Lekki, Lagos state, Nigeria.

They are also the owners of the new Nigerian make-up brand “MUD” (Make-up Designory).

Recently, they appointed Genevieve Nnaji as the face of their make-up brand.

According to Chinny, the contributions of Nnaji to the film industry is legendary, and she has always been on top of her class so, it made sense to be a partner to someone of her status and calibre.

In 2015, Onyinye Onwugbenu (sole CEO of MUD Cosmetics) got married to her husband (Bosah Chukwuogo).

This wedding was a wonderful one with the likes of Genevieve Nnaji in attendance.

Their marriage is currently blessed with a child.

There is a rumour that the veteran nollywood actress Genevieve Nnaji, is reportedly involved in lesbianism with her friend and business partner Chinny Ownugbenu.

It is said that the duo have been together for a while now, disguised as best friends and sisters, but have something more, which they share secretly.

According to sources, the American based model Ojy Okpe, Chinny’s sister (Onyinye), and Oluchi Orlandi, all know about this.

It is even said that Oluchi and Ojy Okpe are lesbians too, and it is the sole reason for the crash of Oluchi’s marriage to her Italian husband.

Furthermore to proving the rumours, sources revealed that Genevieve Nnaji, Chinny Onwugbenu, Oluchi Orlandi, and Ojy Okpe all travelled to Mexico in 2015.

This trip was said to be beyond just an ordinary trip.

Chinny and Genevieve are always spotted hanging out together both in the country, and outside the country.

They always post pictures of each other, in a manner that suggests they share something stronger than friendship.

This is a rumour, so we do not take it seriously, as it may turn out to be just another false assumption.

Calculating from all her businesses, movie production success, and more, Chinny Onwugbenu is said to currently have a networth of about #4million dollars.

That is approximately 1.4billion naira, when converted to the Nigerian currency.