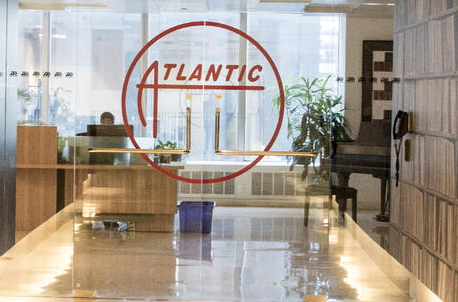 Atlantic Records is an internationally recognised music group based in the US. It is one of the leading record labels that are constantly looking for music talents to add to their ranks. Hence, if you are an upcoming musician based in the US (or outside the States), this article is for you. We bring you exclusive guides on how to get signed to Atlantic Records.

It is a known fact that a typical music artiste requires a durable platform to launch his/her career. This is the same in every country of the world, although chances of getting signed in some countries are better than others. The key factor, nonetheless, is TALENT: If you are a talented musician, you’ld get signed to a record label, sooner or later.

However, an unexplored talent is of no use to anyone. So, while you might be exceptionally talented, it is also important you promote your talent to the appropriate quarters.

Hence, we’ll be enlightening you on how you can promote your talent and get signed to Atlantic records, which is one of biggest talent-sourcing music groups in the world.

Atlantic Records,  founded as Atlantic Records Corporation in 1947, is US-based record label created by Herb Abrahamson and Ahmed Ertegun. The record label, since inception, has developed artistes in genres of Jazz, Soul and Rhythm & Blues. Atlantic Records made its name in the US; becoming one of the richest and most prominent music groups within the first two decades of its existence.

Between 1967 and today, Atlantic Records has produced some of the biggest names in the world of Hip Hop. Notable mentions, in this regard, include Jay Z, Snoop Dog, Lil Kim, T.I, Aaliyah, Craig David, Dr.Dre, Fat Joe, RuPaul, Twister, Jay Williams, and more.

Today, Atlantic Records has diversified; it now serves as an umbrella body to a host top record labels in the US, with about 500 internationally recognised music artistes under the group’s management.

Atlantic Records’ myriad of internationally known music artistes are signed under the above outlined record labels.

Atlantic Records, although domiciled in the US, has artistes in virtually all major music-producing countries in the world, including Nigeria.

Below is an outline of some of prominent names under Atlantic Records’ management:

Nigerian music sensation, Burna Boy, is one of the few African artistes signed under Atlantic Records music group. The Afrobeat star, whose real name is Damini Ogulo, peaked last year, when he won SoundCity MTV African Artiste of the Year award, ahead of the likes of Davido, Wizkid, Olamide, Cassper Nyovest and Tiwa Savage among others.

Burna Boy had a very successful year (2018) in the Nigerian music scene; with his album, Outside, topping Nigeria’s best albums chart. At present, his album is ranked third overall on Billboard Reggae chart.

You probably need no introduction to this American R & B/Hip Hop artiste. He is currently affiliated with two record labels; Atlantic Records and Elektra music group. Bruno Mars became an Atlantic Records signee in 2009, shortly after he left Universal Motown.

Since then, he has risen to the top of the log in the international music scene; with hit songs like Billionaire, Nothin On You, as well as hit collaboration with Lil Wayne titled Mirror of the World, and many more.

Bruno Mars peaked in his career, under Atlantic Records’ management, in 2012, when his second album, Unorthodox Jukebox, was awarded Best Pop Vocal Album at Grammy (2012). He has won numerous Grammy awards afterwards.

Popular American singer, Trey Songz, joined Atlantic Records some time in early 2000s, and went on to release his first album, I Gotta Make It, in 2005.

Trey Songz has a number of awards and nominations under his belt, including BET, Billboard, MOBO and Grammy. He is, without doubt, one of the biggest Pop star in the global music arena today.

Omarion, born Ishmael Omari Grandberry in 1984, is a popular American Pop star, dancer and movie star. He is one of the most prominent artistes, who shot to fame alongside the likes of Chris Brown, Bow Wow, Rick Ross and others.

Omarion has a number of awards and nominations under his belt. Some these include BET, Billboard and Grammy.

Popular American female rapper, Cardi B, is one of the prominent Pop stars under Atlantic Records. She became famous some time in 2015, and since then, she has racked up several music awards and nominations, including 9 BET Awards, 3 MTV Awards, a Billboard award, 7 Grammy nominations and more.

How to Get Signed to Atlantic Records

Now to the real deal! As you must have noticed by now, getting signed to Atlantic Records is no easy feat. In fact, the music group houses some of the so-called best artistes under its platform.

Hence, to get signed to Atlantic Records and join the league of over 300 artistes under the label, you need exceptional music talent, a significant fanbase and social media presence, and of course, a bit of luck.

In this section, we will be enlightening you on how you can work towards achieving this great feat; to get signed to Atlantic Records.

Gone are the days when talent is all you need to become successful in music. Today, with the advent of streaming sites and online music hubs, album sales have dropped significantly; hence, record label owners now seek artistes with established fanbase or at least, a commendable social media presence.

According to a renowned music manager, an artiste needs to have at least $500,000 (in liquid asset) or hundreds of thousands of social media followers to get signed to Atlantic Records or any other top record label.

Nevertheless, talent is still irreplaceable. If you are talented and you are able to churn out captivating songs, it is only a matter of time before a durable record label presents you an offer. But, why wait for them when you can easily take your songs to them.

The secret of getting signed to Atlantic Records or any other record label is simple: Simply make your songs heard by your desired record label(s), and if your song(s) is exceptional, no label would turn you away and allow another label to have you.

Therefore. we’ll focus on how you can make your songs heard by Atlantic Records, and consequently get signed by them.

To get signed to Atlantic Records, follow the steps below:

No record label wants a one-off hit artiste, and the only way to convince anyone that you are not a one-off hit is to have loads of recorded songs. If you are able to record a tracklist of exceptional songs, the next thing is to make your desired record label (Atlantic Records) listen to your songs.

However, before sending out your songs, ensure you follow the succeeding outlines.

Create a Bio or Profile

Today, the internet is now the hub of every activity. Hence, as an aspiring music artiste, you need to create a physical presence online and expand your fanbase.

Get your songs on prominent streaming sites (if you can), attend music shows/seminars, and expand your network.

As the popular notion goes – “packaging is everything”. Once you’ve successfully created a profile/bio/brand, you need to promote it to your audience, which, in this case, is the general public.

The best way to promote your brand is via social media. You can create social media handles on Instagram, Twitter, Facebook and others. Also, it is recommended you create a brand website, provided you have the means.

Atlantic Records is a large music corporation with global recognition. As such, the chances of getting signed to their platform via this method is very slim. In fact, based on existing protocol, they don’t accept “unsolicited demos”. Nevertheless, it wouldn’t hurt or cost you anything to try.

And with a fairly large fanbase/social media followership, trending records (songs) and a bit of luck, you stand a good chance of getting acknowledged by the record label and that is a good a sign.

You can reach out to the music group via the following channels:

By following every necessary step, as outlined in this article, you stand a fair chance of getting signed to Atlantic Records.

Note: There is absolutely zero guarantee that you would be acknowledged by the music group, if you reach out via any of the above listed channels. So, you are doing everything at your own risk.