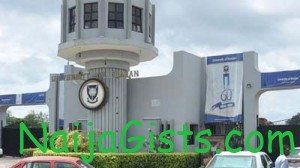 Just imagine pepper “cultured” in a Petri dish, fish grilled in an autoclave, beef boiled in a conical flask, food cooked in a laboratory.

Awkward it sounds! Thursday, 20 September, 2012 was a day in the University of Ibadan when Microbiologists dumped lab coats for aprons, rubber gloves for mittens, wipes for napkins and Bunsen burners for gas cookers as they decided to show their cooking prowess. And surprisingly, no kitchen was razed as they proved they were not just “laboratory”minded but could be very “kitchen”minded too.

The event took place at the car park of the Microbiology Department. The audience which comprised mainly students of the department and neighbouring departments were thrilled by the performance of the MC, Alex “Special One” Uzoyare, a 200”level student of the department.

Before the programme kicked off, Mrs. Francisca Ikediachi of the West Africa Seasoning Company gave a brief history of how Ajinomoto was discovered. The discoverer, Dr. Kikunae Ikeda, was surprised by the German people’s physiques and general healthiness, which fostered in him the strong desire to “improve the nutrition of the Japanese people.” He discovered a fifth taste which he called “umami”, meaning delicious. Another individual who shared in his dream was Saburosuke Suzuki II who launched a business venture to begin selling Ajinomoto, the world’s first umami seasoning in 1909. The origins of the Ajinomoto Group lie in this ideal: “Eat well, be well.”

The programme featured music, dance competitions, drinking competition and the colour riot display. Students took time out of their busy schedules to have fun. Winners in each competition all got branded shopping bags with plates and packs of seasoning.

The cooking competition which was the main event of the day was contested by five contestants. The contestants were judged based on timing which was 1 hour 15 minutes, preparation method, hygiene , taste and table setting. Judges were a blend of staff and students including Dr. (Mrs.) S. Wakil, Dr. Adenike Ogunshe, Dr. (Mrs.) C. Adenipekun of Botany Department, Father Francis of the Postgraduate School and Mrs. Francisca Ikediachi of West Africa Seasoning Company.

The event also showed that though lecturers could be strict in lecture halls, they could also be fun to hang out with. Dr Adenike Ogunshe who announced the results of the contest sent sweat running down the audiences’ spines as she expertly delivered suspense, some mathematics and statistical analysis before announcing the winner.

The winner of the contest, Miss Oyefunke Oyedepo, cooked “ofada” rice with sauce garnished with dried fish and assorted meat. Her creativity, hygiene, table setting and taste gave her the defining edge over other contestants. Her dish was neatly wrapped in leaves as done by the local Yoruba among whom the dish is most common. All other contestants were rewarded for their efforts courtesy of West Africa Seasoning Company.