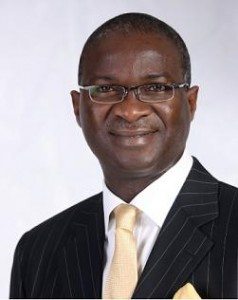 I am writing to you as one of your greatest admirers because of your passion for justice. I could recall that when you visited Apapa during your rally/ campaign for a second term in the company of your wife (Dame Abimbola Fashola), Mrs. Remi Tinubu (now Senator), along with other faithful, I stood for hours under the scorching sun listening to your lofty promises on your transformatory agenda for Lagos State. No one is in doubt, about your altruistic mission and vision. May the Almighty give you the strength and wherewithal to do all that you have set out to do for Lagos state.

As I am writing this letter to you, three days after my eighteen hours detention on the orders of the Divisional Police officer of the Apapa Police station, my wife has not stopped crying at intervals over what she considered as a miscarriage and travesty of justice, by the DPO, Mr. Usman  Ndankabo. He kept me incommunicado from friends and family members who did not know my whereabouts for the eighteen hours he kept me in a smelly, dark cell, with nineteen other  ‘innocent’ citizens.

It all started on Wednesday, 8 August, 2012. I had rushed to the Police station to lodge a complaint involving a female tenant who had threatened to stab me with a kitchen knife an hour earlier. She was bold enough to walk up to my staircase in her bid to actualize her threat, daring me to come down if I was man enough. I had wanted to call her bluff and damn the consequence; but, suddenly I remembered my seven kids – coupled with the fact that dead men do not tell tales.

Therefore, when her rage subsided, I rushed into the car, and drove to Apapa Police station. After introducing myself to the DPO as a journalist, a clergy and a friend of the house, he beckoned on me to sit on a chair in front of his desk. On telling him about the gravity of the situation that brought me to the station, he ordered one of his subordinates to get me a sheet of paper to write my statement. I was so impressed and I began to wonder if he was bent on surpassing the records of his two predecessors who I hold in very high regard, (Messrs. Mohammed (now Commander, Area B Police Command ,  and Mua’zu  Mohammed , DPO, Festac Police Station). Little did I know that he was awaiting the arrival of my assailant’s husband whom probably had gone to mobilize for funds to fight his ‘battle’.

In a moment, my  assailant’s husband, (a traffic officer with the Apapa  Local Government), Mr. Samson Akogor  walked in briskly, boasting that he would teach me a lesson. Within a few moment of exchanging pleasantries: exchange of handshake and other ‘stuff’ with the hitherto pleasant and dutiful (?) DPO, his countenance and comportment changed. On getting to know that the council staff was his friend, he asked me to stop the statement I had been asked to  write. He now ordered me to report the following day. I remonstrated, and later protested that it was absurd on his part…, and expedient on my part to make a documented statement for official reasons. I also pleaded with him to invite the knife-wielding tenant for counselling or caution in future circumstances.

Rather, I became more humiliated by the DPO when he walked me out barking orders at me, and threatening to hit me, shouting :” You may report me to the commissioner of police or Gov. Fashola, I don’t care… I say get out!”. “ I could be very temperamental”, he boasted. I protested still and he kept walking towards me; shouting and calling on his men to push me out. He started calling me unprintable names. I began to wonder if this was not the same office I had met and cultivated great respect and friendship with his predecessors whose exemplary conduct compelled me to write a commendation letter, addressed to the erstwhile Commissioner of Police, Mr. Marvel Akpoyibo dated   22 November, 2010, with a receipt and acknowledgement copy dated  November 24, 2010. Getting home and decided to write a petition to his superiors on what I consider as an assault on my person owing to the DPO’s   shameful behaviour.

The following day, I got a phone call from two female officers (Inspectors Toyin and Mrs. Martha), asking me to come for an amicable settlement with the DPO whom I claimed was rude to me the previous day. Inspector Martha apologised profusely and asked me to jettison the idea of reporting the DPO to his superiors at the AIG’s office at Onikan, Lagos. In the course of my visit, Inspector Martha snatched the file I was carrying containing the petition on her boss, the DPO. She made me to give her my word that I would not go further with the matter. There and then, I gave her my word that it was over.

Thirty minutes after my arrival, I waited in vain for the proposed reconciliatory meeting with the DPO to take place. Little did I know that Inspector Martha and others were perfecting strategies and a satanic agenda, aimed at making me spend eighteen hours without food nor water in a dark police cell. I was not allow to call my wife. My phone was confiscated, my pairs of leather slippers were confiscated and my recommended glasses. I thought all was a rude joke and a form of intimidation until a corporal at the counter ordered me to take off my shirt, Incredible! I shouted. I was woken up from my slumber when a junior officer shoved me and marched me into the dark cell, laughing at my skinny chest and taunting me that I do not even have a potbelly with my status as a landlord/journalist/Prophet. Saying,” Even Joseph went to the prison too,” and telling me to take heart that I should not forget that the Inspector General is a Northerner. My fears were allayed when the officer told the inmates not to beat me referring to me as “a V.I.P. guest”.

Your Excellency sir, behold: I the complainant was now made to look like the accused. But I wept later that night owing to the plight of fellow citizens (about nineteen in all who took their turns to narrate their plight and helplessness to me. Before narrating the plight of these helpless and traumatized folks, deprived and denied justice and access to lawyers, I deem it imperative to give more facts on the genesis of the rift with my tenant, Mr. Samson Akogor and his wife Cecilia.

The genesis of my ordeal started when I gave a quit notice to Mr. Samson Akogor to vacate his apartment three months ago owing to his excesses bordering on how he had physically assaulted me once in October last year. Since then he had been threatening to use thugs in Ajegunle to teach me a lesson. In my desire to keep out of his way, I wrote to him and other tenants he had been inciting on payment of PHCN’s monthly bills, to opt out of my line. I advised them to go to the PHCN’s office to ask for connection or a private meter. Three other tenants have complied; but, Mr. Akogor bluntly refused despite a one-week grace. Based on the advice  from PHCN officials that I have the powers and their backing to disconnect the troublesome tenant from my personal line, I had to. But before the expiration of the one week grace given to him, I had served the Area Commander Apapa Police station and his subordinate  (the DPO), two days earlier with no word from their end. Two days earlier, I had also taken a petition to the office of the Hon. Commissioner of Police, Lagos State, Mr. Umar Manko, bordering on the harassment and incessant threat to my life and family by Mr. Akogor.

Back to the tales by the inmates: Mr. Dele Omosola and his 33-year old wife, Elizabeth kept initially in the same cell, “over a misunderstanding arising from a business deal with a powerful man.”

According to the couple, the powerful man had taken Elizabeth to the State Security Service cell and kept for days before being brought to Apapa Police Station (in handcuff), as a result of a business transaction involving her husband. Her husband was given about N650,000 to import a car from Spain. Without taking enough time to verify the authenticity of the documents of the vehicle and the clearing papers, the owner of the car claimed that the papers were fake. After raining blows on her husband and after making them spend days in detention, only to realize that the papers were not fake after all. Case two: 24-year old Abiodun Azeez who was arrested by OPC men and brought to Apapa Police Station owing to his past role in armed robbery with a gang that specialised in using motorbike for robbery.

According to him, he had called it quits with the gang a year ago, before he was arrested. He confided in me that he is being asked to raise some money to ‘settle’ the  officers before he could regain his freedom. There is also the case of a Canada returnee (John), who had a  business deal with a deputy Commissioner of Police who gave him money to import a tipper two years ago. According to him, the money was not remitted to him; but he had taken responsibility and had told the powerful boss that he was in town to offset the cost. He said his passport, green card and other important documents are presently with the police. I could go on with tales of those charged with late night wandering on their return from their working places.

Sir, in all the aforementioned cases and mine, no one is allowed access to any lawyer. Even when I requested that my case be charged to court, I was told to shut up. And when my wife and a friend got to know about my plight, they were asked to cough out huge sums for my bail. When I protested, one of the officers threatened that he would make sure I clean up the two toilets before regaining my freedom. I protested loudly. He now asked his colleagues to let “the poor troublesome journalist to get out”. Inside the Apapa Police Station, very few cases get to the court because there are ‘judges’ and ‘magistrates’ there too. The more money you are ready to spend, the likely you will get favour not justice.

Sir, I am not asking for any form of compensation. All I want is your intervention because I could have been killed and dumped in a mass grave like a criminal: since I was not allowed to contact my family before being thrown into a cell. I could also have been sent to Kirikiri prisons on a trumped up charge of armed robbery.

Sir, I am yet to overcome the trauma I went though in your state of EXCELLENCE (and justice). At the moment, I do not feel safe in the hands of this temperamental DPO. Please save my soul. I have been told to cry out as a way of preventing a re-occurrence. The council staff has been going about bragging that he spent money to lock me up in a cell for a whole day.

Where can the man on the street run to for justice? Can one really call the Nigerian Police a friend? I weep for Nigeria. I weep for Lagos.