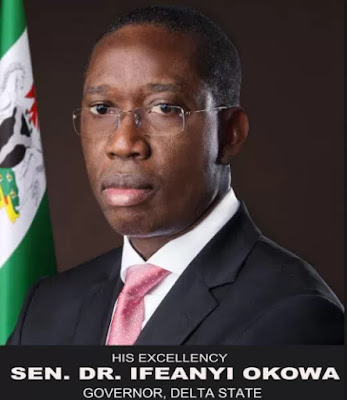 AN OPEN LETTER TO:

ISSUES OVER NON-PAYMENT OF RETIREMENT BENEFITS (WAITING LONG PERIODS OF TIME AFTER RETIREMENT FROM SERVICE).

I wish to state that up till now my retirement benefits has not been paid not a kobo since I retired in 2012 from the services of the State Government through Delta State Institute of Continuing Education, Asaba. Series of letters and appeals were made and there was nothing even with the problems that I was passing through that I stated in those letters and appeals. Could the State Government be so very much delighted over the suffering of its citizens?

The first letter I wrote was on 20th June, 2015 to his Excellency, Dr.Ifeanyi Okowa, the governor of Delta State where I espoused the financial situation facing me as a result of this non-payment. When there was no sign of anything, I wrote another letter subsequently. Nothing was heard. It became regretful that I wrote these letters. Then it was just after 3 years of waiting after retirement. Today, it is going to four years, by December, 2016 since my retirement.

Then when last payments were made my name was skipped; when I discovered that I wrote, that was the third letter to the governor to complain about it and at the same time solicited for his intervention. Nothing happened. Should it be an offence for one to complain when he is not paid his entitlement? And since that January, 2016 no release of fund was made to continue payments of retirement benefits.

Before I went for retirement, we were made to believe then that within three months we would be paid as we retire from service and that bonds were already in place with new pension scheme. It would seem we were being deceived.

But looking through the provisions in the new Pension Act 2014 (and adopted by the Delta State Government), the law was clear.

“ensure that every person who worked in either the Public Service of the Federation, Federal Capital Territory, States and local Governments or the Private Sector receives his retirement benefits as and when due”.

Should ‘as and when due’ means one, two, three or more years after retirement? This is difficult to understand, but only by the government of the day.

Made to believe, that bonds were already in place; and there were these provisions in the law as spelt out in sect.15(a) and in 15(c) the Act states:

“in the case of the employees of public service of the Federation, Federal Capital Territory or in Private Sector where the scheme is funded to which each employee is entitled and in the event of an insufficiency of funds to meet this liability the short-fall shall immediately become a debt of the relevant employer and shall have priority over any other claim”.

Sec.1 (1) “The constitution is supreme and its provisions shall have binding force on all authorities and persons throughout the Federal Republic of Nigeria”.

Regarding care of its citizens:

Sec.16.1(b): “… as to secure the maximum welfare, freedom and happiness of every citizen on the basis of social justice ….” Today, retirees are not happy. I am not happy over the situation even at a situation where some retirees are paid some others are not paid in a country of equity and fair-play.

And from the objectives of a nation State – under social objective sec.17(1): “The State social order is founded on ideals of Freedom, Equality and Justice”. Further it states in

2(a) ‘every citizen shall have equality of rights, obligations and opportunities before the law

(b) ‘the sanctity of the human person shall be recognized and human dignity shall be maintained and enhanced;

(c) ‘government actions shall be humane;”

Today, what do we see and get from our government? May God help us all. A retiree from service for over three years or more is allowed to suffer for having worked for his State, humiliated, abused, made helpless – a man who at a time a breadwinner of his family now made a beggar to suffer humiliation. That is the situation now of a retiree in Delta State. Since January, 2016, your Excellency, no fund had been released for the retirees to be paid.

Pardon me to say further, under the fifth schedule (code of conduct for Public Officers) item (9), it says: ‘A public officer shall not do or direct to be done, in abuse of his office, any arbitrary act prejudicial to the rights of any other person knowing such act is unlawful or contrary to’. I believe everyone as a Deltan is a citizen of the Federal Republic of Nigeria. I also believe Nigeria belongs to everyone who is a citizen and we all deserve fair treatment.

Your Excellency, Sir, sufficient provisions and laws were already in place, sufficient enough to take care of the plight of retirees. So, Sir, I strongly believe with the fatherly spirit and faith in God who is the creator of all things, you can do something with the constitutional power bestowed on you to save the situation regarding payment of retirement benefits. Going to four years now, say by December, 2016, I have not been paid anything since I left the service on retirement. And long ago I had been given a certificate of retirement but no kobo.