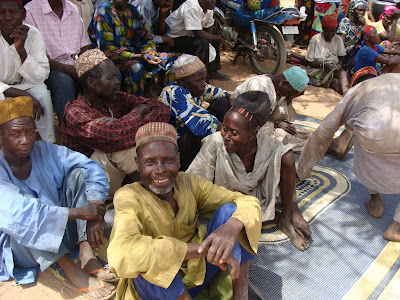 The latest news reaching us is that the Special Task Force in charge of maintaining peace in Plateau has given inhabitants of some crisis-prone villages 48 hours to vacate the settlements.

A statement signed by STF spokesman, Capt. Salisu Mustapha, said in Jos on Saturday that a military operation was going on in the affected areas located in Barkin-Ladi and Riyom local government areas, the News Agency of Nigeria reports.

Among the affected villages are Mahanga, Kakuruk, Maseh and Shong 2.
“The inhabitants of the affected areas are to vacate immediately with their property,” the statement stated.
The statement, however, advised residents of neighbouring settlements such as KuraFalls, Kuzuk, Sharuk, Rim of Gashish Districts not to panic.

“Residents of such areas should just be very careful of their movements within the area and avoid places of military operation until further notice,” the statement said.

It also advised people to report any suspicious movement or activities in their areas.

NAN reports that the military action may have resulted from the incessant attacks by gunmen on some communities in the areas.

The attacks reached a crescendo on Sunday when a serving senator, Gyang Dantong, and Majority Leader in the Plateau House of Assembly, Mr. Gyang Fulani, lost their lives in a stampede after gunmen attacked them at Maseh village during a burial ceremony.

The two lawmakers had gone to the village to join others for the mass burial of several dozens of villagers that were killed in earlier attacks by gunmen.