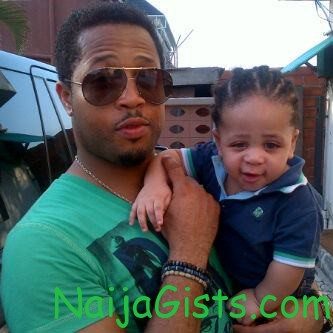 The Nollywood actor celebrated his birthday with a couple of friends on Friday Sept 21st, 2012.

He later moved on to Nnamdi Azikiwe University in Awka where he completed a degree Accounting.

He joined Nollywood with a movie titled “Broken Marriage” which shot him into limelight in year 2005.

He got married last year to his longtime girlfriend, Nkechi and the marriage is blessed with a beautiful boy.