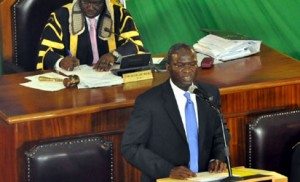 The Governor of Lagos state Nigeria, Babatunde Raji Fashola just announced he would present the budget for 2013 to the House on 31st of Oct, 2012. naijagists.com

This announcement was sent in a letter format to the leader of Lagos State House of Assembly on Monday Oct 22, 2012.