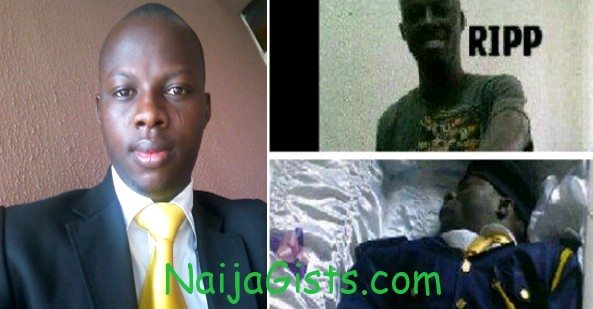 The Unilag DLI final year student was killed by a stray bullet from armed robbers over the weekend while coming from his church at Sango Otta.

He was hit by a stray bullet from a robbery operation and was pronounced dead on the spot.

According to one of his course mates, Ms Titilayo, Olaleye Sunday was a very handsome, easy going and an intelligent man.

The deceased was buried on Wednesday at his hometown in Ogun State.