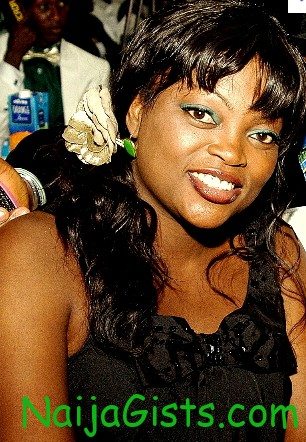 Funke Akindele‘s Biography is brought to you by NaijaGists.com

Funke Akindele, a very popular actress on the Yoruba home video scene in the Nigerian movie industry was born in Ikorodu, Lagos state. The exact Funke Akindele date of birth is August 24 1976. Therefore, the present Funke Akindele age is 37. naijagists.com

Before venturing into the acting profession, Funke Akindele worked as a television presenter. She gained popularity through her role in the Nigerian television show, “I need to know”. From there, she stepped into full-blown acting. To date, she has featured in many Yoruba movies. In 2009, she won the African Movie Academy Award for the Best Actress in a Leading Role. Funke Akindele is liked by most Nigerian film-watchers, especially the Yorubas, who admire her versatility on set and her ability to fit perfectly into a wide range of different roles and film settings.

She is one of the most popular and most successful Yoruba actresses in Nollywood.

The following is list of some films in which Funke Akindele featured:

So far, the most successful of Funke Akindele’s works is her movie titled “JENIFA”, which has two parts and another third part, which was titled “The return of Jenifa”.

The film was widely accepted by applauded all over the Yoruba-dominated southwestern part of Nigeria and beyond. Apart from that, the film received four nominations at the African Movie Academy Awards in 2008. naijagists.com

Jenifa, Funke Akindele’s best work, is a comedy film, which narrates the escapades (Jenifa), a village girl who later moved to the city after gaining admission to the University. At the University, she joins a group of bad girls who offer themselves as sex tools for rich men. Jenifa, after falling into many troubles, and getting out, later learns her lessons.

On May 26, 2012, Funke Akindele got married to Alhaji Kehinde Oloyede Al-maroof in a ceremony attended by a few who were invited specially.

In July 2013, the actress announced official separation from her husband of over one year over what she termed verbal abuse.

At some time in the recent past, Funke Akindele was rumored to be in a relationship with popular Yoruba Nollywood actor, Femi Adebayo, but she denied that blatantly. The fact that she is married to someone else corroborates her denial of the rumored relationship.

Even though she is in her mid thirties, Funke Akindele remains one of the hotcakes in the Yoruba movie scene, whose reign will is likely to stay for long(NaijaGists.com).