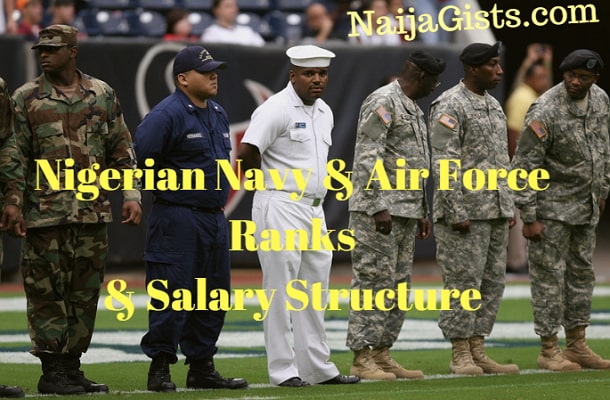 The military is the defense of any independent country. Without an effective military, a country is considered weak and vulnerable. This makes it an easy prey for external enemy forces as well as internal threats. The importance of military forces to a sovereign state cannot be over stated. The presence of the military for a country connotes order and security. A country can rest easy knowing that it has a form of defense to fall back on should the need arise.

The various branches of the military usually fall under a division referred to as the Armed Forces. These forces are divided into three categories known as: the Army, the Air Force and the Navy. These forces are often being distinguished from civilians and other security operatives like the police force. This is as a result of the high level of training given to them in preparation for combat situations on land, in the air and on water.

These branches of the Armed Forces are charged with their various responsibilities. The Army deals with war and combat activities on land, the Air Force deals with combating enemy forces in the sky while the navy combats enemy forces on water.

What Are The Ranks Of The Nigerian Naval Officers

Admiral of the Fleet: In the history of the Nigerian Navy, this rank has been yet to be attained.

Mid-shipman: This is the least rank among the commissioned officers ranks.

Non-Commissioned officers are responsible for management and running of not just the Nigerian Navy but also all other military bodies. Though viewed as junior officers, they are of great importance as the Navy or the military for that matter cannot efficiently function without them. This is a list of the ranks of Non-commissioned officers in the navy from the highest rank to the lowest.

Warrant Chief Petty Officer: This is the number one in this category

Trainee: The trainee is the least ranked officer in the Nigerian Navy.

What Are The Military Ranks In Nigeria

Marshal of the Nigerian Air Force

How Much Do Nigerian Navy Officers Make, Earn Per Month

The salary of some Commission officers ranks of the Nigerian Navy are as follows:

Admiral of the Fleet – This position has not yet been attained

Military Ranks In Nigeria And Their Equivalent

As has early been stated, the Nigerian Military constitutes of the Nigerian Army, Air Force and Navy. The ranks and the equivalent are as follows:

The first in rank in Nigerian Army is the rank of Field Marshal, for the Air Force this rank is known as Marshal of the Nigerian Air force and that of the Navy is referred to as Admiral of the Fleet.

The second rank for the army is the rank of the General, for the Air force, this is known as the Air Chief Marshal and that of the Navy is referred to as Admiral.

In the Army the next in line is the rank of Major General the equivalent of this rank in the Air force is called Air vice Marshal, and the Navy is Rear Admiral.

The Colonel of the Nigerian Army is equivalent to the Group Captain of the Air Force and the post of Captain in the Navy.

The Major of the Army, the Squadron Leader of the Air Force and the Lieutenant Commander of the Navy are all of equivalent ranks.

How Much Does The Lowest Rank In The Nigerian Navy Earn, Make Per Month

Among the three branches of the Nigerian Armed forces, the Air Force has the highest paying salary structure. They are followed by the Army and finally the Navy. Although the salary structure of most Naval ranks is not available to the general public, an educated guess can be made to determine an approximate of what is being earned by the lowest naval rank. The salaries of the junior officers of the Armed Forces are rather identical. The Private of the Nigerian Army earns about N 49,000 monthly, the Aircraftman of the Air Force earns about N 53,000 therefore, the Trainee of the Nigerian Navy would also earn within this range. This opinion however is not absolute; it is based more on speculation than fact.

By joining the military, a person officially commits to dangerous situations should the need arise. It takes quite a lot of courage to take up an employment that requires the taking of lives should there arise the need for such an act. But soldiers make this commitment to their country. They often court danger and sometimes do not make it out alive. Their labor and sacrifice for their country cannot be adequately repaid.