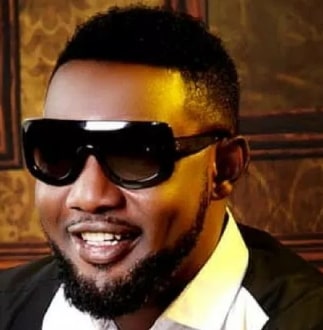 Nigeria is globally-heralded as the hub of comical entertainment in Africa, with Nigerian comedians enjoying the best of global recognition and accolades. One of the best (if not the best) Nigerian stand-up comedians of this generation is AY Makun, fondly called AY Comedian. We bring you the biography and life history of this highly successful comedian.

AY Makun is a Nigeria comedian, actor and producer. He has created a reputation for himself, not only as one of the most celebrated comedians in Africa but also one of the most decorated. He is, today, one of the most prominent figures in the Nigerian entertainment arena.

Comedian AY, whose real name is Ayodeji Makun Richard, is a native of Ifon, a small town in the South Western state of Ondo. He was, however, born in Delta state, a state in the South Southern region of Nigeria. AY grew up in Delta state and acquired his primary, secondary and tertiary education in the state.

He spent an incredible nine years at Delta State University, Abraka, where he studied Theatre Arts. He eventually graduated in 2003, after five extra years in school. While in the University, he was very active in showbiz, as a fashionista and show promoter.

Ayodeji Makun started out as a comedian under the tutelage of Nigerian comic legend, Alibaba. Alibaba is a native of Delta state, where AY grew up; hence, rumours have it that, AY met Alibaba at an event in Delta State. Alibaba appointed AY as his Event Manager & Personal Assistant, but he didn’t deprive him of the opportunity of learning from him.

During this period, AY started writing comedy stories and skits. His work, A.Y Wire was featured on popular Nigerian newspaper, The Sun, and on Laugh Mattaz, by Gbenga Adeyinka. This greatly impacted on AY’s growing career, as he started getting invitations to comedy shows shortly after. Barely three years into his career, in 2006, he won the award for Best Upcoming Comedian of the Year.

Today, AY Makun has earned the right to be called Nigeria’s best comedy act. His show, AY Live, plays host to the best of Comedians in Nigeria. AY owns an entertainment setup, Corporate World Entertainment, which oversees his business dealings and those of few other comedians under his tutelage. He is also the pioneer of “Open Mic Challenge”; a platform which attracts and develops talented comic acts in the country. The Challenge has, so far, influenced the careers of many upcoming comedians in Nigeria.

The highest grossing comedy show in Nigeria is, without doubt, AY Live. AY Live is an annual event, which plays host to the best-of-the-best Nigerian comic talents and musicians. The show has debuted both home and abroad, with viewership numbering into millions.

Top stand-up comedians like Helen Paul, Gordons, Kenny Blaq, I Go Dye, Bovi and many more are often featured in the event. Also, AY Live has, over the years, been a platform which shoots many Nigerian comedians to prominence. The rise of comedian, Kenny Blaq, is a perfect instance.

The comedy show has been the biggest entertainment event in Nigeria for the past five to six years now. It is an event which gathers many prominent figures from within Nigeria and beyond. AY Live has won AY Makun several awards, ranging from top awards like Nigerian Entertainment Award to less known awards like Teens Favourite Award.

The renowned comedian is also a movie star, director and producer. He has featured in some popular Nollywood movies, usually as a supporting actor. At other times, he has been limited to guest/cameo appearances. In his movies, he has always been limited to comedy roles.

Below are some of his selected movies:

The comedian is happily married. The name of his wife is Mabel Makun. The couple got married in 2008 and their union is blessed with one child (daughter); Michelle.

Over the past few years, the marriage of AY and Mabel has been encroached with several malicious rumours. The biggest of these was the one, which alleged that, the couple got separated and Mabel packed out of her matrimonial home. This was comically dispelled by the star comedian as totally untrue.

The comedian has amassed significant wealth for himself, over a lengthy career which is running up to its second decade. Reports have it that, he charges millions of naira per comedy show. Also, his AY Live show is one of highest grossing shows in Africa, with each event grossing hundreds of millions of naira.

In addition, AY’s movie productions and acting have also earned him a sizeable sum. He is also a brand ambassador of top multinational coys like Globacom and many more. With respect to the foregoing, AY Comedian’s net worth has been estimated in the region of $3 million (1.1 billion naira).

The comedian is a Lagos landlord. His multimillion naira mansion is located in Lekki, Lagos Island. While the structural design of the house is a masterpiece, the interiors is mind-blowing. The unique interior decoration of the house was reportedly done by AY Makun’s wife, Mabel Makun, who is a professional Interior designer.