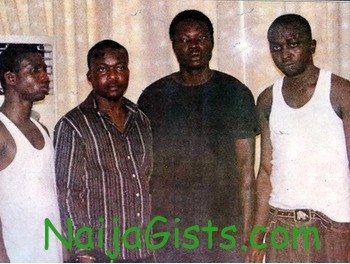 Five suspected kidnappers were on Monday arrested by Special Anti-Robbery Squad officials after a raid on their hideout at Oraifite in Ekwusigo Local Government Area of Anambra State, Nigeria. naijagists.com

Following a tip off, police stormed their hideout and apprehends the suspects.

The Assistant commissioner of Police in charge of Onitsha confirmed the arrests on Monday. He said the area is a perceived hideouts of armed robbers and kidnappers.