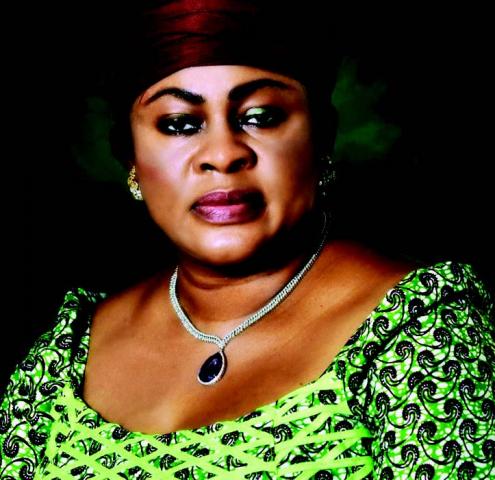 That the aviation sector is sick is not debatable. I was privileged to have an insight while working for my principal, Chief Femi Fani-Kayode, who was redeployed by President Olusegun Obasanjo as the minister from the culture ministry to the aviation ministry in 2006. Prior to this, Nigeria had experienced no less than five plane crashes with the attendant loss of approximately 400 lives within a period of one year. Most of these airlines had little or no care for their passengers.

Imagine an airline with one aircraft whilst some have just two or three. Is it a must that they must run an airline? Running an airline is capital intensive yet they are not ready to source for the necessary funding.

I recall how Fani-Kayode was approached by the operator of an airline whose ill-fated aircraft claimed the lives of three generations of the late Sultan of Sokoto just a few days after the disaster, asking for the certificate of his airline. I recall another one whose airline killed those 60 precious children of Loyola Jesuit College and the popular televangelist Bimbo Odukoya. He was using an influential presidential aide from the east to mount pressure on the minister for the same quest.

Unfortunately, the two were not ready to pay the lawful compensation to the families of the bereaved! Fani-Kayode refused to play ball and instead he not only grounded those airlines permanently but he also wielded the big stick, asking all the local airlines to recapitalise or fold up and get out of the business.

This restored some element of sanity and safety to the sector. Some of them that were notorious for cutting corners were forced to go on vacation. I recall one of them approached my boss, promising to give him, his family members and staff free tickets to go anywhere in the world if the minister could play dirty ball with him. Of course, the minister refused to do so and the airline in question was forced to play the game by the rules.

The list is endless. The minister and his team with some men of God had to be in prayer and fasting, interceding for the airspace most of the time whilst his era lasted and this was how the airspace was secured from those blood-sucking demonic group and the crashes stopped.

Sadly, when those that were benefiting from the air disasters heard about and saw Fani-Kayode’s activities, they reported to President Olusegun Obasanjo that he was turning the airports to churches! The minister was told that unless he played ball he was not coming back and that was exactly what happened! They first thought he was involved in the N19.5b intervention fund scam, so they ambushed him at the senate aviation committee public hearing in 2008.

When they discovered that he was innocent in that matter and that it was, in fact, others that held sway at the aviation ministry before him that had committed the offence, they did not relent. Instead of dropping the matter and leaving him alone they instead picked on him using the EFCC to arraign him for a crime committed at the ministry of aviation in July 2006 even though he was appointed minister of culture and tourism only in October 2006 and was later redeployed to aviation in November of that same year. How Fani-Kayode could have been accused of a crime that took place months before he was a minister is a question that still needs to be answered.

As a matter of fact, he was the whistleblower in the N19.5 billion scam, because he investigated, exposed and reported the matter formally to President Obasanjo and the security agencies when he took charge of the ministry of aviation.

However, eventually, after a few grueling weeks of back and forth in 2008 and after Fani-Kayode was unfairly locked up for 10 days at the EFCC headquarters and arraigned in an Abuja magistrates court for a crime that he had exposed, the commission realised that what they were doing was an exercise in futility and they dropped all charges on the 19.5 billion scam. Instead, they charged only his predecessor in office for those crimes and some former parastatal chiefs and ministry officials that had worked with him.

Whilst Fani-Kayode had been in detention, a former senator from his state was asked to appeal to him against challenging his unlawful detention, and he agreed. But later the EFCC boss was told by a former secretary to the federal government that Fani-Kayode should not go free and that regardless of the fact that he had done no wrong, he needed to be ‘’taught a lesson’’! After that directive and six months after the initial detention the whole saga began again.

One thing led to another, EFCC picked up Fani-Kayode once again, locked him up in Ikoyi prison in Lagos for another 10 days and arraigned him for money laundering before a Lagos federal high court in December 2008! They added up all the small deposits in his account made over a long period of time before and after he became a minister and told the world a lie that they had found a total N250m in that account at the time of his arrest. This was just not true.

At the time of his arrest, Fani-Kayode had no more than 300,000 naira in his account. I dare any EFCC official to fault what I have said here. I have written all this just to make one point: those that are killing this country are not only influential and powerful but they have penetrated even the presidency and those who stand on their way are always in the soup.

Recall the intervention fund by the CBN? What has become of it? May God deliver us from these evil people? It is well with Nigeria.