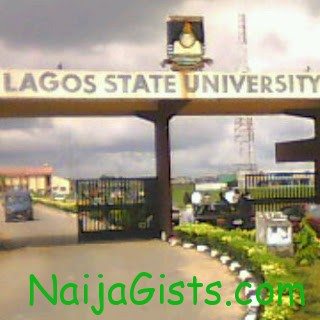 As at today, N100 Million fraud scandal has hit Lagos State University (LASU) exam committee. Months after the students of the tertiary institution had finished their lecture they have no visible time they will be writing their exams. naijagists.com

It was recently discovered that it costs the school examination committee about N100 million each semester to conduct exams for students of the institution.

The revelation which has forced the school authority to set up a committee that will look into the whole mess was the reason the exams are not being conducted months after lectures have been concluded as the school management has decided all exams are to be postponed indefinitely.

The executive governor of Lagos State had drawn the ire of the students and the parents recently when he increased the tuition fee from about N45,000 to almost N200,000, citing the need to fund the institution like every other private one which he claimed cannot be achieved with the amount they were paying, only for it to be revealed that the examination committee has been organizing examinations for students of the institution with about N100 million.

Just like the previous cases, it is the students that bear the brunt of the whole thing as those that are expected to have by now concluded their courses now have to wait for another four to five months, as rumour has it that the examinations may now be held sometime around June.