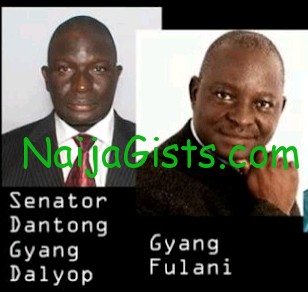 Senator Dr Gyang Dantong who is the chairman of Senate Committee on Health has been assassinated in Plateau.

Dr Gyang Dantong was killed this afternoon by some gunmen at the funeral of victims killed by Fulani herdsmen on Saturday.

In the same incident, Gyang Fulani and house of assembly majority leader has been killed.

This sad incident has been confirmed by Plateau state commissioner.