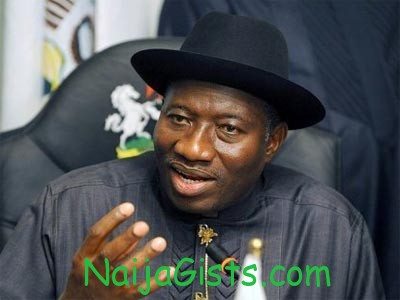 Goodluck Ebele Jonathan is presently the president and commander-in-chief of the federal armed forces of Nigeria. Goodluck Jonathan date of birth record shows that the well-educated politician was born on November 20, 1957. He is regarded as the luckiest politician in Nigeria’s history, having served as a deputy governor prior to December 2005 but got sworn as the governor after the erstwhile governor- Mr. Alamiesiegha was impeached.

Ebele Jonathan as the Governor of Bayelsa from December 2005 to May 2007. Ebele Goodluck’s fate also earned him the president of Nigeria in February 2010 when the Nigerian senate confirmed him following the hospitalization of the then president Yaradua.

According to the history of Goodluck Jonathan, the president was born in Otueke, in the Eastern region of River state which has now become Bayelsa state. Ebele Jonathan obtained a BSC in Zoology and went ahead to obtain a PHD in Zoology at the University of Port-Harcourt.

Goodluck Jonathan and the Nigerian economy

Dr Goodluck Ebele Jonathan, recently tagged himself as “the most criticized president in the world” many Nigerians believed he was speaking the truth as most of his economic policies were outrightly rejected and criticized for lacking “human face” The outright rejection of the removal of fuel subsidy for instance is one of such.

President Goodluck Jonathan won at the polls in April 2011, and his victory was declared by the court as free and fair, however the violence that trails his declaration as the president continues to this day, with thousands of Christians as well as southerners living in the North either killed or maimed. The real cause of the killings in the North was that most northerners believed that the tradition of rotational president which includes 2-terms in office has been broken with the swearing-in of President Jonathan after the death of President Musa Yaradua- a Northerner.

President Goodluck Jonathan in the news

In recent news, President Goodluck Jonathan is currently working hard to get the 2013 National budget get passed into law by the lower and upper legislative chambers. In another news, president Goodluck was reported to have visited Patience Goodluck Jonathan – his wife and the first lady of the federal republic of Nigerian, in her hospital bed in Germany where she is recovering from an undisclosed ailment. The first lady has returned to Nigeria from Germany after a successful medical treatment.