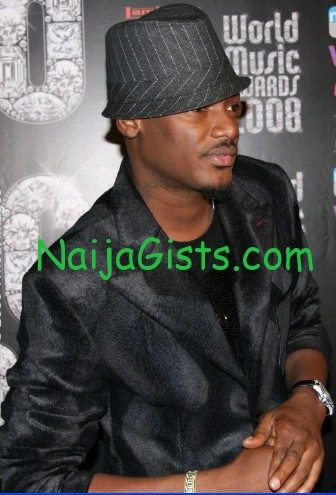 2face Tuface Idibia biography records show that the “2 baba” as he is fondly called was born Innocent Ujah Idibia on September 18, 1975 in Jos but he is a native of Benue State, in the Central region of Nigeria.

2face Idibia is a musician, song writer, record producer, and executive producer. Tuface started as a member of one of the earliest hip hop groups in Nigeria- the Plantashun boyz. Innocent Idibia had his primary and secondary education in Benue state and did his National Diploma at the Institute of Management & technology, {IMT} , Enugu in the Eastern part of Nigeria. 2face Idibia biography is not completed without mentioning the fact that Innocent Idibia is the first son of his parents.

2face Idibia started his music career while studying at IMT in Enugu where he recorded several jingles for Enugu state radio broadcasting station, but his professional career did not begin until he went to Lagos where he met other members of the Plantashun boyz – Black face and Faze. The history of 2face Idibia as a professional entertainer didn’t begin until 1996 when the Plantashun boyz was born. The members of Plantashun boyz broke up in 2004 and a year after Tuface joined the Kennis music record label where he released his hot song – African queen in 2006. African queen remains the best-selling Tuface Idibia song of all time; the song made it to the top of music billboards worldwide and was the sound track of famous American movie- Phat Girls.

In 2007 , Plantashun Boyz came together briefly to record an album titled – “Plan B” , Tuface also released a promotional album in 2008 , which happens to be a single album titled “Enter the place” . In 2009, Tuface became the first Nigerian to release an internationally priced album titled “Unstoppable”.

In the year 2010, Tuface won the Channel o music award as the best West African, and African artist, he also won the MTV best African male artist of the year. 2face Idibia new album will be his fifth studio album and it is titled “away and beyond”, 2face Idibia latest song –“ my rainbow” is one of the songs on this album and it is being played in several radio stations all across the globe.

Tuface, Innocent Idibia has been a controversial Nigerian singer and entertainer, aside the fact that he has been linked with several women who have several kids for him, Tuface has also survived several assassination attempts on his life.

2face Idibia children are 6 in total and they were born from 4 different women. Tuface finally got married on May 2, 2012 to Annie Macaulay, one of her baby mamas , an actress and she is the lady that appeared in the video of Tuface video of African queen.

2face Idibia is 37 years old and he remains one of the most sought after singers and entertainers in Nigeria till date.

For latest News on 2face and other popular Naija Celebs, visit https://naijagists.com/nigerian-celebrity-news-2/