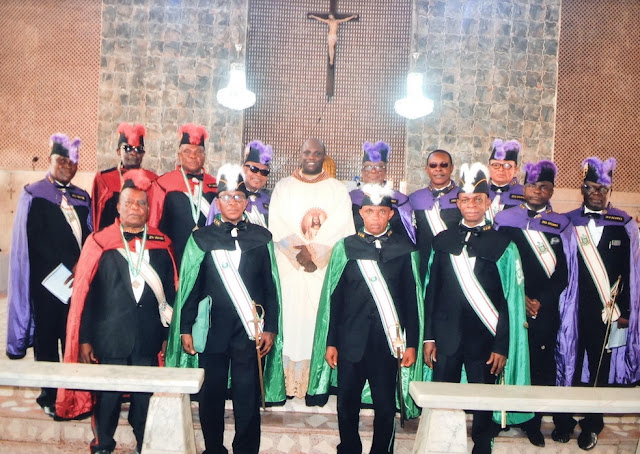 By Ononye VC
The Knights of St Mulumba,St Michael Subcouncil during the week promoted and decorated 3 of its members to the second degree level of the Order.

The Knights led by their Grand Knight,Bro (Dr) Benedict Ezemenahi had converged at the St Michael’s Catholic Church,Fegge Onitsha where the colorful event began with a procession of the Knights and ladies.

The ladies were led by their president,Lady(Dr) Isioma Ezemenahi as 3 of their own were also to be elevated alongside their husbands referred to as their “brothers” in the Order.Those elevated are,Bro And Sister Hilary Ezeoke,Bro and Sister Hyacinth Ojimba and Bro and Sister Samuel Igboanugo.

The chaplain of the Subcouncil ,Rev Fr Clement Obi was on hand to celebrate mass and bless the candidates who adorned their new and splendid 2nd Degree regalias and swords while their wives (Sisters) were also decorated with new caps and jackets.

Rev father Obi charged the newly promoted Knights and ladies to see their new positions as an energizer towards contributing more in evangelisation and spiritual upliftment of the people and the society in general. 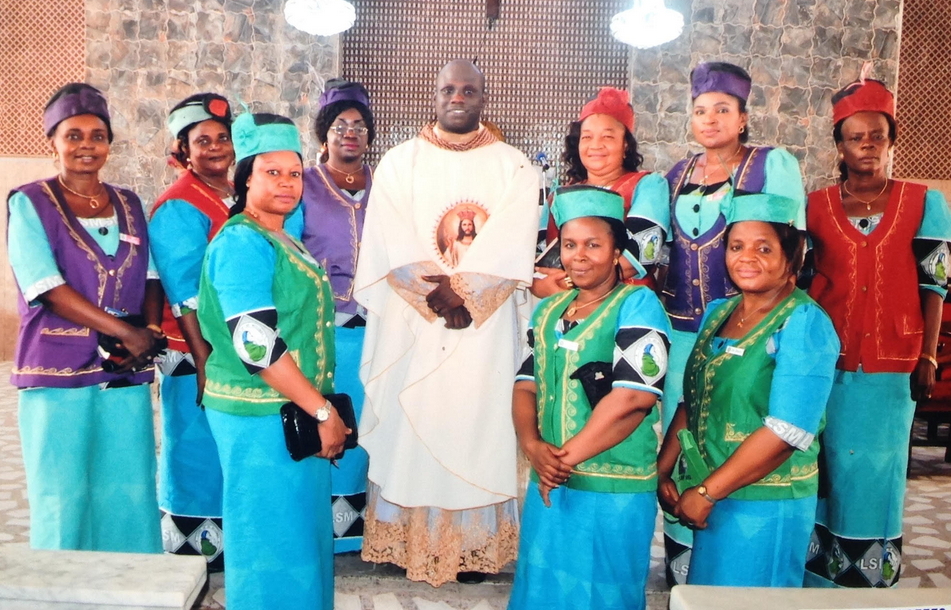 Part of his sermon dwelt on the mystery of the Blessed Sacrament and the need for the faithful to take it seriously since according to him,several proofs and scientific tests have shown that truly,it contains the real blood and body of Jesus Christ.