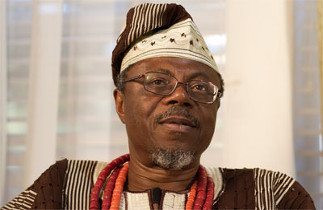 There is a disconnect between my experience at Lead City University, Ibadan in May of this year, and the decision, which I read in the newspaper on 5 July, that the licence granted to the university by the National Universities Commission, NUC, had been suspended. I was a guest of Lead City University on 9 May when I gave the 2012 Distinguished Faculty Lecture, and I stayed there for another two days to observe the campus; interact with the faculty, staff, and students; and to hold a series of discussions on what I could do to elevate the status, prestige, and reputation of the university.

I left the campus of Lead City University with a renewed energy and commitment to the Nigerian university system. Unlike pessimists who run the system down, I am an incurable optimist who only looks for ways the universities can improve and be part of a global academy. I am fully aware of the nature of the system, including both the political and cultural contexts that shape how universities are created and managed.

Lead City University can only be understood in the context of a developing country struggling to expand spaces of opportunities and maximise the development potential of a new generation of young men and women who need an excellent education to remake themselves and realise their vision. Private universities are difficult to run in any part of the world, and without generous endowments from former students, they hardly survive as economic ventures.

The news of the licence suspension came at a time when I was doing my best to assist in globalising Lead City University; to foster linkages between the institution and the Carnegie Foundation, where I had started a preliminary discussion; and the Library of Congress, where I serve as one of the select few in the Scholars Council, which advises the Librarian, and by extension, the U.S. Congress, on matters relating to publications, higher education, and the frontiers of research. Lead City University already has what it takes to be connected to the world within and outside of Nigeria.

What did I see at Lead City University? In posing this question, I was mindful of the fact that given the way the country is structured, the majority of people will not have seen the campus and may base their information on snippets from the newspapers. To put things in perspective, Lead City is a university campus that can be compared with many other institutions in any part of the world with a similar foundation date.

I was impressed by what I saw at Lead City, and I will itemise my impressions in the order in which I encountered them, as well as bring out their significance in relation to the objectives of a university.

First, Lead City is an impressive campus with an elaborate infrastructure, far ahead of at least seven state-owned universities in Nigeria that I visited in the last five years. In its physical space alone, the facilities at Lead City University are not only adequate, but can take more students, more staff, and more visitors. This university cannot be faulted on an inadequate learning environment. The problems that you see are reproduced everywhere, be it in the University of Maiduguri, University of Jos, or Lead City University: our universities are not built to accommodate the needs of the physically challenged, there is no security monitoring, there is a perennial electricity problem, and their laboratories fall below world standards. Thus, rather than criticise Lead City University, it should be commended.

Second, also regarding infrastructure, the continuing expansion is not only noticeable but remarkable. I made two suggestions that the management not only approved, but indicated that they have been working on. One is on a beautification project of landscaping and planting trees. My second suggestion was on energy supply. Lead City University during the day and at night was well lit, at a high cost I imagine. I discussed with the management the possibility of rethinking the energy supply based on the use of diesel. On my own, I linked them with a notable Nigerian engineer who is part of the team that does electricity regulations for the state of Texas in the U.S. He visited the school and discussed how to overcome the problems of energy.

Throughout my tour, I went on my own. I refused the offer to go with the administrators, and kept the Registrar and Chairman of Council waiting for me for half a day. I did not want any official story from them. I had to see and inspect everything for myself.

I have been in the university system for well over 30 years, and I know that infrastructure is not the best judge of performance. The university is an idea—of knowledge generation, research, excellent teaching, and much more. On my own, and without being led by the Registrar or Vice-Chancellor, I began to look for those ideas that were in place.

The body of ideas that I discovered from my self-guided tours leads me to my third point. Universities must advance the interest of students. In this regard, Lead City University is true to its mission. In five selected departments, I saw the teachers on the ground. The library is well stocked with books, journals, and diverse instructional materials in various fields. I spoke to the Librarian and his staff. I suggested strengthening the culture section, as well as e-clustering and building a formidable e-library. E-libraries are great in that they provide access to students of much needed books that might not be physically available, and, even if they are, could be too costly for students and staff alike to purchase. I developed a pilot project for them, which we are still working upon. In combination, the library resources can sustain many degree programmes.

There are commensurate facilities for recreation and sports. Who can underestimate the financial and cultural potential of sports activities? Lead City University has sporting facilities that include a well-equipped gym, basketball court, and even an Olympic-size swimming pool.

It is very remarkable that Lead City University is not disconnected from its public—a big plus, and the fourth point that I noticed. Like urban universities in the West, it should develop this connection further. I suggested to the university’s leadership that what we call the “informal sector” should be integrated into the university curricular. The administrators were interested in this idea, but I was disappointed to hear that as good as the idea is, the NUC will not accept it. I was troubled by the remark that suggests that the NUC may be too centralised to undermine local creativity or ideas autonomous of its central authority. Many have complained that the NUC’s fascination with archaic rules frustrates its ability to undertake new initiatives.

Local creativity should be an asset to Lead City University and an integral part of university life. In fact, students can benefit from service-learning possibilities found in the local area. A university in Sokoto needs not be like the one at Ibadan in its emphasis, but must be encouraged to develop its own nichés and peculiarities. In this era of increasing globalisation, these peculiar aspects will not only enhance the status of Lead City University but also guarantee its attractiveness and connection to the outside world. In doing so, it will entice more faculty and student visitors from abroad.

The contribution of this university to the city of Ibadan must be underscored, emphasised, and appreciated. It is now part of the landscape. Indeed, its location has generated a multiplier effect: new roads and houses have been built and several stores created to serve the needs of the university community. It generates employment for the local people, and it provides educational opportunities for a needy population. It is building a new culture that combines educational knowledge with entrepreneurship. I cannot emphasise enough the significance of this crucial connection to the city. The students are not caged and are part of the dynamic city experience—a worthy model in terms of connecting the student population with the real world, where the students will live and function after their university education.