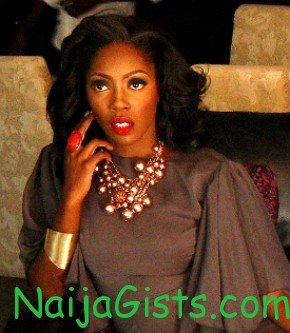 Tiwatope Savage popularly called Tiwa Savage is a Nigerian artist born and bred in Lagos. She’s signed on to Sony Record label in the US. Upon graduation from the Berklee Music College in 2007, her talents have propelled her to greater heights where she has worked with a number of top music producers in the industry.

Tiwa Savage started her music career in the United Kingdom where she performed as a background singer for famous music stars such as Mary J. Blige, Spice Girls, Kelly Clarkson, George Michael and Sting. She climaxed the top 24 when she took part in the X-factor. She’s written a number of hit tacks such as Kat Deluna’s “Push Push”, Jaico’s “O YEAH” as well as Whitney Houston’s album where she performed as a background vocal credit.

This is one of the reasons why Tiwa Savage profile is so outstanding.
The age of 16 was when Tiwa got the opportunity to sing background for George Michael. Her destiny has been to reach for the spotlight at a very tender age. Apart from her excellent musical skills, the leading vocalist has a Business Administration Degree from the University of Kent, an edge over a number of her peers in the musical industry. This makes it easy for her to take care of the financial and business side of her musical career. It becomes difficult to get swindled and people wouldn’t dare to mess with her because of her education.

As an avid song writer since age 15, Savage recorded with other giants in the musical world. She has helped to write songs for stars such as Britney Spears, Brian Kennedy and others. In addition, writing songs for her performance has been quite rewarding too. She has written political songs such as ‘Middle Passage’ which X-rays the struggles of three African men in a foreign country. Her songs depict the perfect example of a beautiful, naturally gifted song writer. She is set to make music not just a form of entertainment but a unifying force that brings people from different races together.

You could download Tiwa Savage songs online and listen to see why she excels.

Savage’s family moved to England from Nigeria when she was exactly 11 years, and she is still a part of her experience back home in Nigeria. She is currently based in the United States. So far, she has learnt to accept three different cultures. She remembers life in Nigeria, especially the high level of poverty in the country. As a result, she is raising money to build schools and help the needy ones in her country. She is virtually living her life to the fullest of her potentials—from music to business, and to charity.

Mavin Records, the records Tiwa is signed on to currently in Nigeria is currently getting ready to drop Tiwa’s debut album. She announced that she’s doing her debut album in collaboration with Banky W and Waje. According to a recent interview with her, Tiwa Savage revealed that the debut would hit the music market like no other. She wants her fans to be on the lookout for Tiwa Savage album because that is the best of her talents very much on its way!