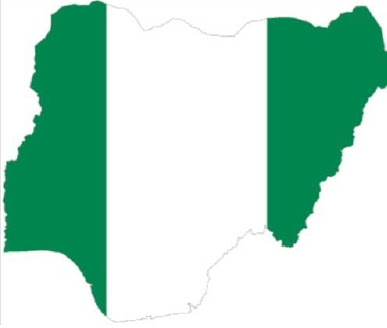 Nigeria as a nation today actually evolved from about 1849 until it attained its independence in 1960. This story is as a result of the transformation agenda of the British people on the cultures and people of the then Niger-Benue area of West Africa.

Towards that era, the colonial authorities were all working to protect their interest in this part of West Africa between 1862 and 1960. The British largely dominated the Niger-Benue area due to the areas’ vast economic structure. As a result of the process of seeking this interest, there were many unplanned occurrences.

The name ‘Nigeria’ came from the popular Niger River which runs through that area. The name was coined in the late 19th century by British journalist Flora Shaw, who later got married to Frederick Lugard, a British colonial administrator.

The name ‘Niger’ originally applying to the middle section of the Niger River was not certain. It was but an alteration of the Tuareg name ‘egerew n-igerewen’ as used by the inhabitants along the middle reaches of the river Timbuktu prior to the 19th century during the European colonial reign.

Fast track to 1914, so many steps have been taken by the British colonial government to establish the entity called Nigeria today.

As with most parts of Africa, Nigeria was colonized by an imperial foreign power by Britain. Nigeria till its present day came to a formal existence through the amalgamation of the Northern and Southern protectorates by the British colonial government being led by Lord Lugard in 1914.

Lord Lugard has so many involvements in the colonial period, commanding troops from 1984 on behalf of the Royal Niger Company to act as an opposition to the French claims on Borgu (a border region which divides Nigeria and Dahomey in 1898). Between 1903 and 1906, he conquered Kano and Sokoto and finally put an end to their rulers’ slave-raiding expeditions.

Lugard made an effort to ensure that there is peace in the Northern region of Nigeria by ensuring that each territory is won and retained by a chief who is willing to cooperate. Lugard allows these client rulers with a considerable power also known as ‘Indirect Rule’, which in Africa is associated with his name.

Over the years, after the amalgamation era, a national spirit was born and this began to manifest as leaders agreed to work in unity for the good of all. Actually, the intention of this was to get rid of the British government in 1960.

Over the 46 years of direct colonial rule, the British government designed and organized, to a great extent, how the vast economic resources of the colony should be harnessed and exploited. At this point, we could assert that the primary aim of the colonial masters was to serve their own interest towards this great opportunity. What a pity! But that’s just the fact.

As for the natives, their own share of the benefits of this resource allocation came in the form of some out-moded infrastructures like the provision of railway, port facilities and probably some road transport network to ease the export of agricultural and mining products as well as imports and marketing of most British manufactured goods.

After realizing that they would have to relinquish direct political control to the natives, it became too imperative for them to plan a long term strategy that will ensure they control and exploit their former colony even long after their political independence.

However, the British government succeeded in achieving its neo-colonial holds on Nigeria mainly through the Educational system, the Economy, and its Political legacy.

During the late 1950’s, an African political structure was gradually achieved. From the year 1957, there was a federal prime minister. Also in the same year, the Western and Eastern regions were granted internal self-government which was then followed by the Northern region in 1959.

Between 1951 and 1954, two important constitutions conferences were held in Lagos and London between Nigerian political leaders and the British government. This meeting resulted to a new Federal constitution which aim involves: the separation of Lagos, the then Nation’s capital, from the Western region; the establishment of a Federal Government of Nigeria comprising of three regions: North, West and East with a Governor-General at the centre and three regional governors; the introduction of an exclusive Federal legislative List as well as a concurrent List of responsibilities for both the Federal and Regional governments, which resulted in a strong central government and weak regions; regionalization of the judiciary and of the public service through the establishment of Public Service commissions, in addition to the Federal one.

Nigeria was scheduled for independence from Britain in 1960, and three main political parties contested in the elections in 1959.

The National Council of Nigeria and the Cameroons (NCNC) which had control the Eastern region (Igbo) led by Nnamzi Azikiwe.

The Action Group (AG) which had control of the Western region (Yoruba), led by Obafemi Awolowo.

When no party was declared a winner by Majority vote during the 1959 elections, the NPC combined with the NCNC to form a government, and when independence arrived in 1960, Abubakar Balewa was made the Prime Minister, and Nnamdi Azikiwe was appointed Governor-General.

It was then in 1st October 1960 that Nigeria gained its full independence from the British led government. The Lugardian principle of centralization was now replaced by the decentralization formula which is a matter of policy in the administration of the Nigerian State. 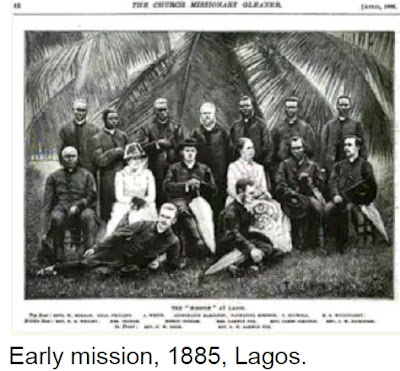 With the freedom that comes with being independent, there is a new thinking and policies which together would bring rapid transformation of Nigeria from its under-developed state to a nation that would be envied by others but this did not come as expected.

Nigerians were so optimistic about the bright future were citizens will live in justice, peace and prosperity as normally would be found in other parts of the world.

However, this aspirations and desires dashed over 57 years after independence where the present generation of Nigerians must be really confused as they should be justified in asking the older generation for some explanations. Quite interesting!

In 1963, Nigeria became a republic and Nnamdi Azikiwe was elected President of the Federal Republic and Tafawa Balewa remained as Prime Minister.

With the independent Nigeria now comes some imbalances in the 1963 population census and as a result of which comes regional hostilities among the various ethnic groups and regions. More than half of the Nation’s people are in the Fulani and Hausa regions of the Northern part of Nigeria. The Northerners therefore control not only their own regional assembly but also the Federal government in Lagos. So you see!

During the period between 1962 and 1964, there was a continuous anti-northern uproar elsewhere in the nation, and this came to a climax in a rebellion in 1966 by officers from the Eastern region, the homeland of the Igbo tribe. The federal prime minister and the premiers of the Northern and Western regions were gruesomely assassinated in cold blood.

With the continuous unrest, many Igbo natives living in the up Northern region were massacred. In July of 1966, a northern officer, in the person of Yakubu Gowon, emerged as the countries new leader. He responded to Nigeria’s warring tribal fractions by dividing the four regions (the Mid-West has been added in 1963) and thus, rearranging them into 12 states.

This process further inflamed the Ibo hostility, as one of the new states cuts their territory off from the sea. A senior Ibo officer, Odumegwu Ojukwu, took a drastic step in May 1967 by declaring the Eastern region an independent nation, calling it the republic of Biafra.

The declaration resulted to a bitter and intense civil war, with the federal army meeting a powerful resistance from the secessionist region. The US and Britain supplied arms to the Federal government. France extends the same facilities and support to Biafra.

As the war rages on, casualties continue to build up on both sides. By January 1970, there are a lot of starving Biafrans. Biafra surrenders and ceases to exist. Ojukwu escaped across the border and is granted asylum in the Ivory Coast.

After the end of the war (1967 – 1970), Nigeria now becomes one of the wealthiest countries in Africa and that thanks to its vast reserves of oil (actually petroleum, rather than the palm oil of the previous century).

Despite the oil wealth, comes great corruption which Gowon fails to control. In 1975, his government was dethroned by a military coup.

The number of states increased to 19 in 1979 and by 1991, there were 29 states in Nigeria. By the end of the century, the number of states now stands at 36 despite the fact that the Nation’s foreign debt keep increasing and this stood to a height of $36 billion by 1994.

In 1993, the military ruler, Gen Ibrahim Babangida, in power from 1985 yields to international pressure and holds a presidential election. When this election appears to have been won by Moshood Abiola, a Western Yoruba tribe chief, Babangida cancels the election by decree.

This acts prompts Nigeria’s first movement for democracy, which comes to international attention when one of its leaders – Ken Saro-Wiwa, who was among a group hanged in 1995 for an alleged murder of four rivals at a political rally in 1994. Ken Saro-Wiwa has been a campaigner for the rights of his people – The Ogoni tribe, whose territory have been ravaged by activities of international companies extracting Nigeria’s oil in that region.

The re-run presidential election in 1999 was won by Olusegun Obasanjo, by now a civilian, who was for three years from 1976 was the military ruler of the country and was the preferred candidate by the Army. The People’s Democratic Party (PDP) won a majority of seats in both the House of Representatives and the senate.

After the controversial election of 2007, Umar Musa Yar’Adua was declared the winner and assumed the Presidential office of Nigeria. His candidacy was approved and with his record shows no sign and history of corruption. While in office, Yar’Adua fell ill and was unable to carry on his presidential duties. His powers were transferred to Vice President Goodluck Jonathan, who took over the presidency.

After Yar’Adua illness and Death, Jonathan contested the 2011 presidential elections and won. Jonathan, who had a strong opposition of Boko-Harm, a deadly Islamic militant and terrorist group terrorizing the nation and its citizenry, had its government not able to defeat the militant group.

The Jonathan’s legacy lives on as the battle for elimination of the dreaded militant group was passed on to Muhammed Buhari, the current President of Nigeria who won the 2015 general elections in Nigeria.

As we can see, the future of Nigeria is bleak and problematic but the Country hold a great importance to Africa. With a great reserve of human and natural resources, its potentials remain untapped and vast. With a population over of 180 million people, it is the continent’s most populous country.

In all of this, despite being the world’s fifth largest oil producer, the country is still eloped with endemic poverty and corruption which is eating deep into its system like cancer.

Finally, I will drop it here by saying: God bless the Federal Republic of Nigeria.